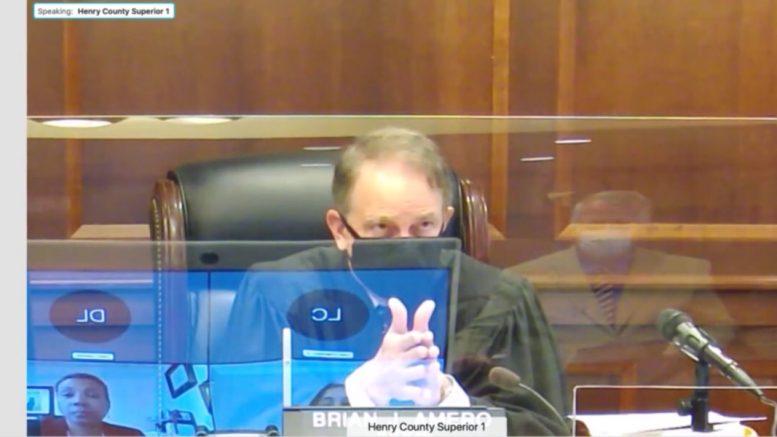 A judge in Georgia on Friday ruled to unseal absentee ballots submitted in the 2020 presidential election. Petitioners in an ongoing case will be able to go to where the ballots are stored in Fulton County, Henry County Superior Court Judge Brian Amero said at the conclusion of a hearing, The Epoch Times reported.

Voting-integrity advocate Garland Favorito is seeking to review absentee ballots in Fulton County as part of a court case alleging county workers fabricated ballots and counted some ballots multiple times on election night, as previously reported by The Freedom Times in March.

Favorito’s lawsuit cites video of the counting as well as sworn statements from witnesses who purportedly were “suspicious of ballots that were printed on a different stock of paper than regular ballots, appeared to have been printed instead of marked by ink in a voter’s hand or were not creased, indicating they had not been placed in an absentee ballot envelope and mailed.”

Judge Brian Amero plans to issue an order soon that will set forth protocols governing a fresh scanning of the ballots, which will be done by county workers while petitioners and their experts observe, as reported by The Epoch Times.

David Sawyer, a forensics expert, testified for the petitioners. He said he identified a discrepancy in the number of batches that were received by petitioners and the number that Georgia Secretary of State Brad Raffensperger’s office listed as having been examined in a risk-limiting audit. He told the judge that direct access to ballots would be best “because that’s the original evidence, and that’s the best evidence.” Continued Below

The parties are scheduled to meet at the Fulton County ballot storage location on May 28.

Meanwhile, 45th President Donald Trump issued a statement in March, demanding a “strong investigation” into Fulton County and “the Stacey Abrams political machine” following a retraction from far-left Washington Post, who falsely claimed that former President Donald Trump, in a phone call with Frances Watson, chief investigator with the Georgia Secretary of State’s office, had asked to “find the votes”.

You can read more on that by CLICKING HERE. Video Below

BREAKING: Judge Brian Amero has granted a motion to unseal and inspect Fulton County Absentee Ballots from the 2020 election.

This is a big step toward restoring transparency and confidence in our elections.