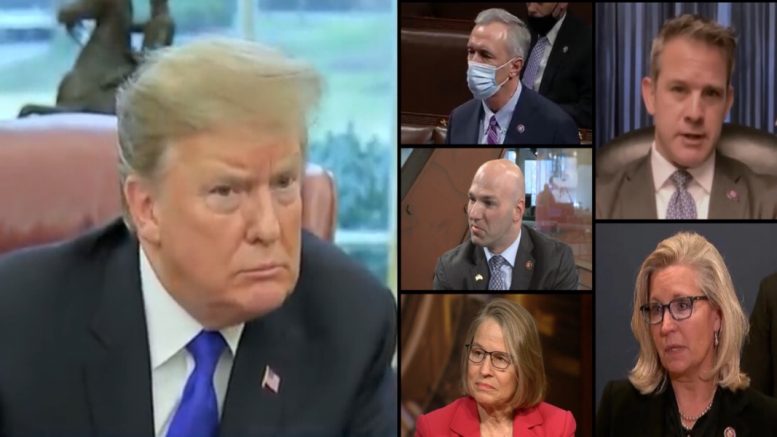 The 45th President issued a statement Thursday via “From the Desk of Donald J. Trump”, following the House of Representatives voting 252-175 on Wednesday to pass a bill to set up a bipartisan 9/11-style commission to investigate what occurred on January 6 at the Capitol.

35 Republicans voted in favor of the commission, going against House Minority Leader Kevin McCarthy (R-CA) and GOP leadership, who oppose the commission.

In a statement, former President Donald Trump said on Thursday:

See, 35 wayward Republicans—they just can’t help themselves. We have much better policy and are much better for the Country, but the Democrats stick together, the Republicans don’t.

They don’t have the Romney’s, Little Ben Sasse’s, and Cheney’s of the world. Unfortunately, we do.

Sometimes there are consequences to being ineffective and weak. The voters understand! Continued Below

In another statement on Tuesday evening before the House voted, President Trump said, “Republicans in the House and Senate should not approve the Democrat trap of the January 6 Commission. It is just more partisan unfairness and unless the murders, riots, and fire bombings in Portland, Minneapolis, Seattle, Chicago, and New York are also going to be studied, this discussion should be ended immediately.”

“Republicans must get much tougher and much smarter, and stop being used by the Radical Left,” he urged.

Trump, meanwhile, was acquitted in the Senate in February, 57–43, falling 10 votes short of the two-thirds majority required by the Constitution, following the Capitol events. Continued Below 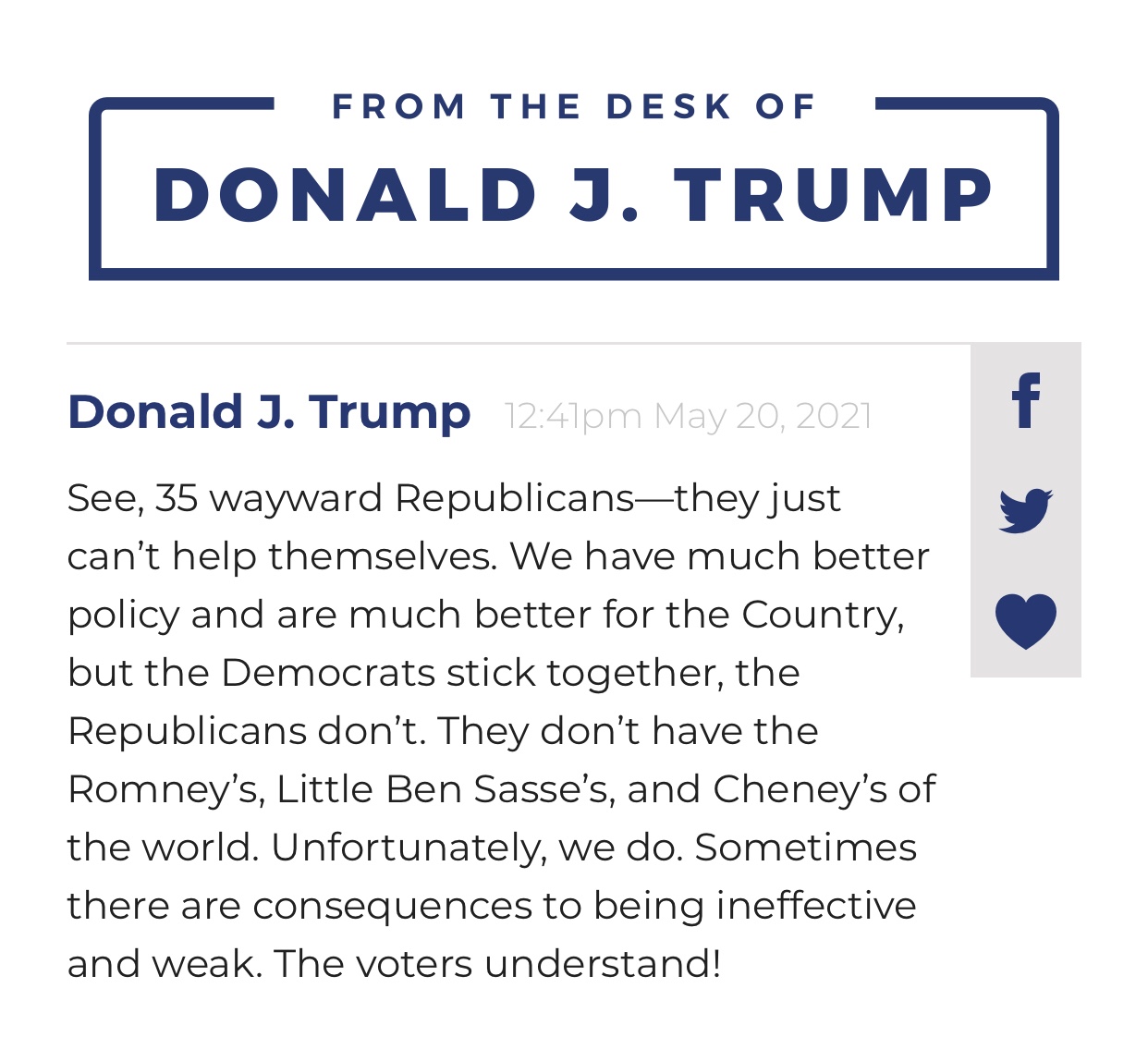 Arizona Republican Chairwoman Dr. Kelli Ward posted the names of the GOP representatives in favor of the commission:

Trump Reacts After Jury Finds Sussmann not Guilty of Charge in Durham Probe: ‘Our Legal System is CORRUPT’