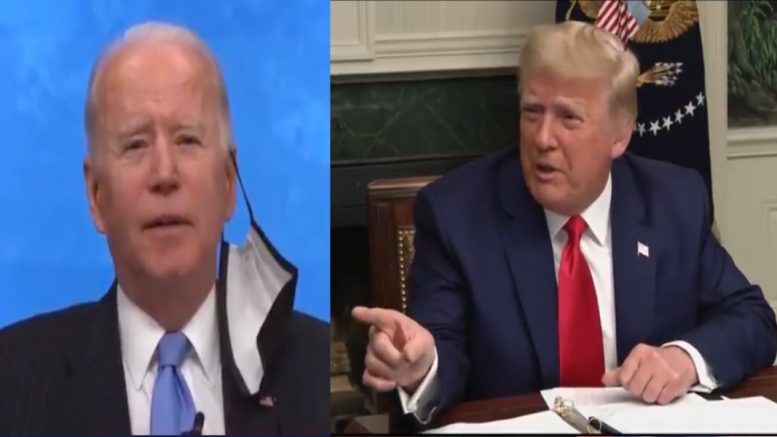 The 45th President issued a statement Friday via “From the Desk of Donald J. Trump”, slamming the Biden administration for failing to credit Operation Warp Speed under the Trump administration prior to January 20th.

Trump described his efforts regarding vaccines as a “modern day miracle” after the Centers for Disease Control and Prevention updated its mask guidance. Those who are vaccinated are no longer required to don face coverings inside and outside, regardless of crowd size, the CDC told the country Thursday, Washington Examiner reported.

In his statement on Friday, former President Donald Trump wrote:

Isn’t it incredible that because of the vaccines, which I and my Administration came up with years ahead of schedule (despite the fact that everybody, including Fauci, said would never happen), that we no longer need masks, and yet our names are not even mentioned in what everybody is calling the modern day miracle of the vaccines?

Without the vaccines, this world would have been in for another 1917 Spanish Flu, where up to 100 million people died. Because of the vaccines we pushed and developed in record time, nothing like that will be even close to happening. Just a mention please!

The Biden Administration had zero to do with it. All they did was continue our plan of distribution, which was working well right from the beginning! Continued Below

Before the 45th President left office, Joe Biden and Kamala Harris were both vaccinated in December– despite claiming they do not trust the Trump administration’s coronavirus vaccine production. “Let me be clear: I trust vaccines,” Biden said last year. “I trust scientists. But I don’t trust Donald Trump, and at this moment, the American people can’t either.”

In a tweet on Thursday, Joe Biden appeared to threaten Americans, writing, “The rule is now simple: get vaccinated or wear a mask until you do. The choice is yours.”

He also informed America the mask mandate was over. “The Center for Disease Control and Prevention, the CDC announced that they are no longer recommending that fully vaccinated people need wear masks. This recommendation holds true whether you are inside or outside. I think it’s a great milestone, a great day. It’s been made possible by the extraordinary success we’ve had in vaccinating so many Americans so quickly,” Biden said. Continued Below 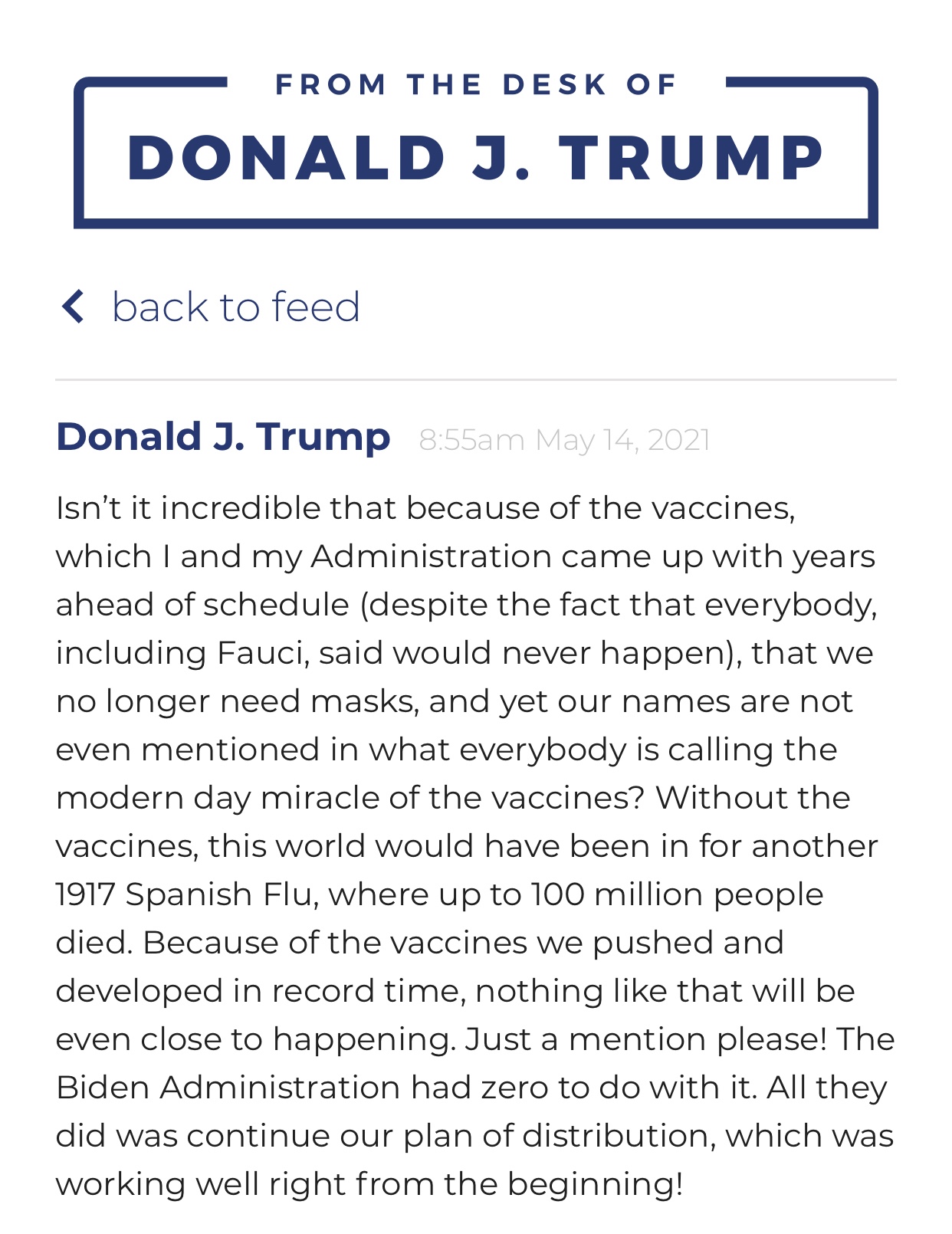 (Related: Levin Rips Biden For Trying To Call The Shots On Vaccine Distribution: “This Is The Kind Of Bulls**t We Are Going To Hear From This Clown”)