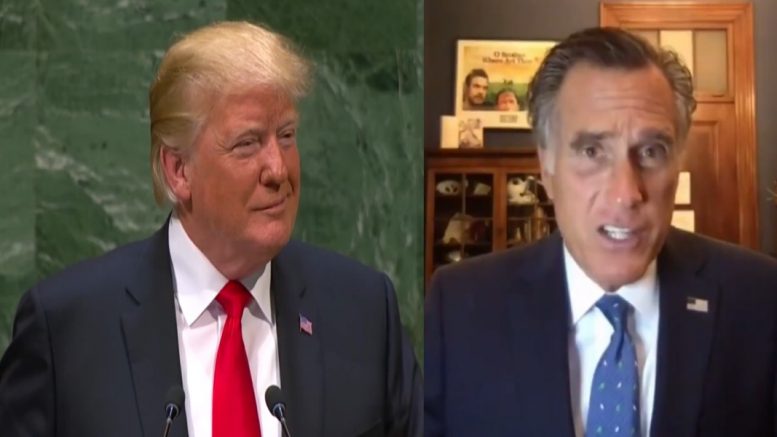 The 45th President, Donald J. Trump, issued a statement Monday, slamming Mitt Romney following the Republican Utah Senator getting heckled after taking the stage at Utah’s GOP convention earlier in the month and after Romney was censured Saturday by Weber County.

Weber County Party Secretary Jill Koford revealed over the weekend that the GOP in the jurisdiction passed the censure resolution 116-97.

“The Weber County Republican Convention censures Mitt Romney for his votes to convict President Trump in two U.S. Senate impeachment trials which denied the President due process, allowed falsified evidence, did not provide adequate time for an investigation, and did not follow the U.S. Constitution which states a President may only be impeached for high crimes and misdemeanors,” the resolution censuring Senator Romney reads in part.

The Washington County GOP also voted to censure Romney in April for his votes to convict former President Donald Trump in both impeachment trials.

In a statement Monday, the former president said, “After being loudly booed at the Utah Republican Party Convention, Utah’s Weber County censured RINO Mitt Romney in the strongest of terms.”

“Washington County Republicans also censured Romney in April. He is BAD NEWS for our Country!” Trump added. Continued Below 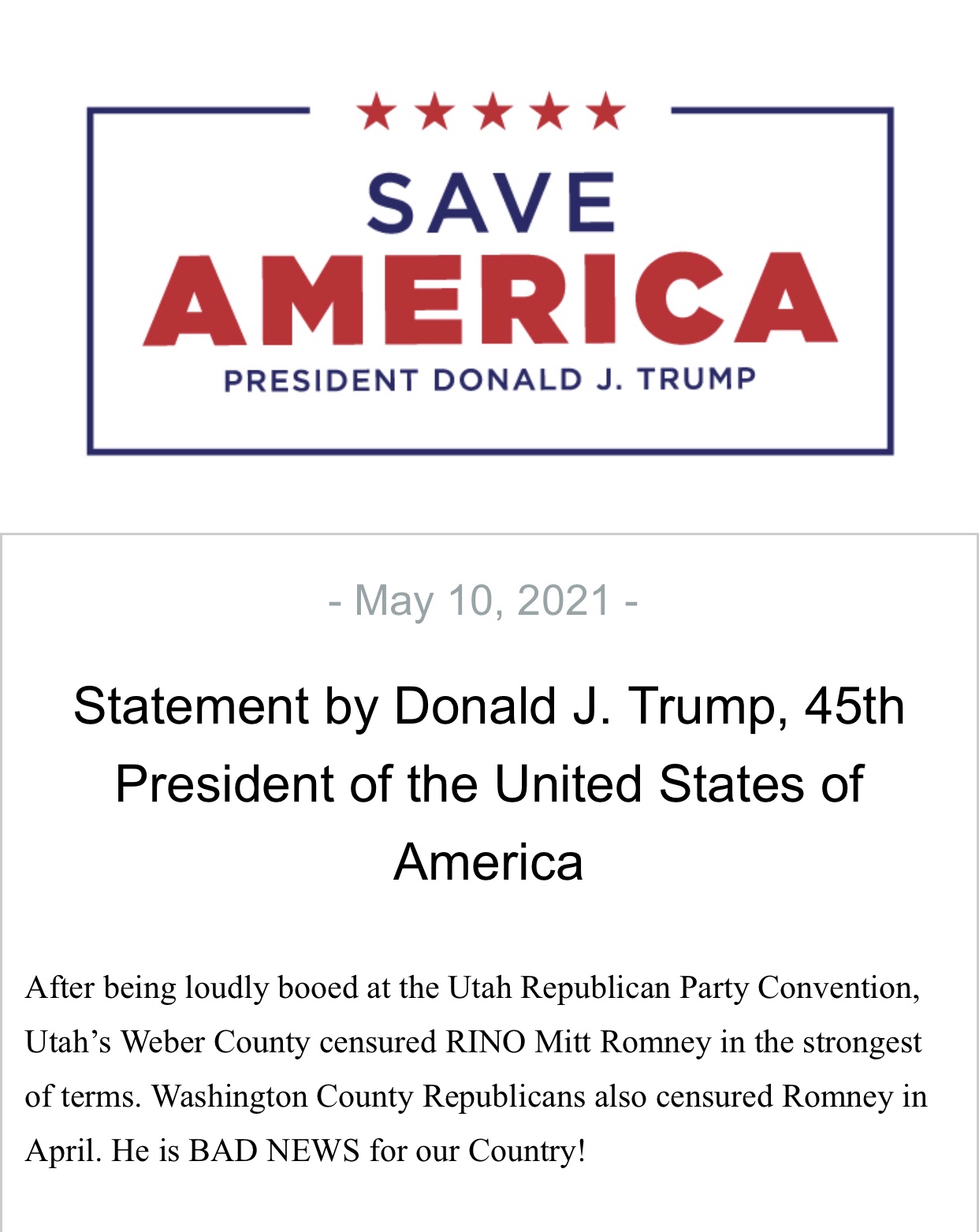 Senator Mitt Romney was met with a chorus of boos when he addressed a GOP convention in his home state of Utah earlier in the month:

Republican Senator Mitt Romney was met with a chorus of boos when he addressed a GOP convention in his home state of Utah pic.twitter.com/cnbnI6euQW

In response, Trump blasted out an email that said, “So nice to see RINO Mitt Romney booed off the stage at the Utah Republican State Convention. They are among the earliest to have figured this guy out, a stone cold loser!”