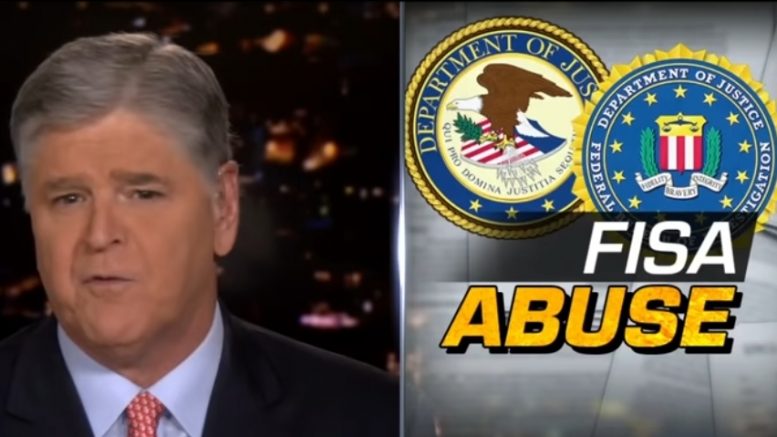 A now-declassified opinion from the Federal Intelligence Surveillance Court (FISC) indicates there were “apparent widespread violations” in regards to how intel agencies carried out their investigation into whether the Trump campaign colluded with Russia in the 2016 election.

Related Article: Brad Parscale Issues A Pair Of Statements On The FISA Report: “This Has Been An Attempt To Silence Trump & His Supporters Since The Beginning”

Congressmen Jim Jordan (R-OH) and Andy Biggs (R-AZ) are now demanding answers from the FBI in wake of the revelation from the FISC.

Hannity broke down all implications of the new bombshell discovery on his Tuesday night program.