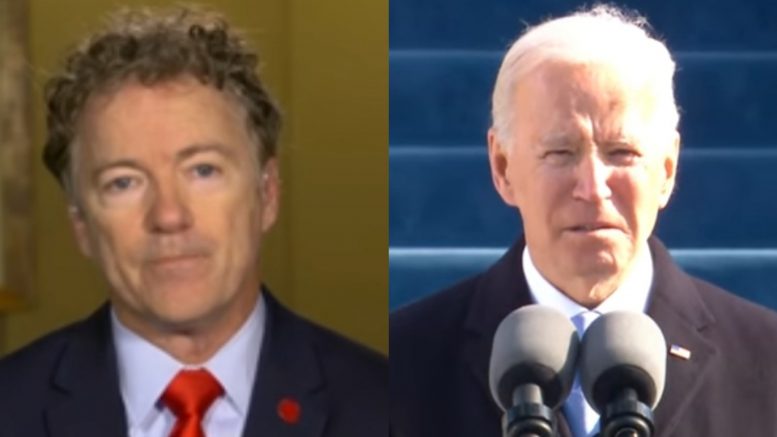 Sen. Rand Paul (R-KY) is getting near the end of his rope when it comes to Joe Biden delivering on his promise for unity as pledged during his inauguration speech in January.

“Just a couple of months ago, we were hearing from President Biden — the newly inaugurated President Biden — that he was going to unify the country and then we were going to work together and have bipartisanship,” Sen. Paul told Fox News host Maria Bartiromo on Sunday. “I’m still waiting, Mr. President. I haven’t seen any of that. I think it’s either Biden’s way or the highway.”

Related Article: Trey Gowdy Slams Joe Biden For Abandoning His Call For Unity: “Practice What You Preach — Now That Would Really Be Unifying”

We leave you with a clip of Biden preaching unity during his inaugural address: