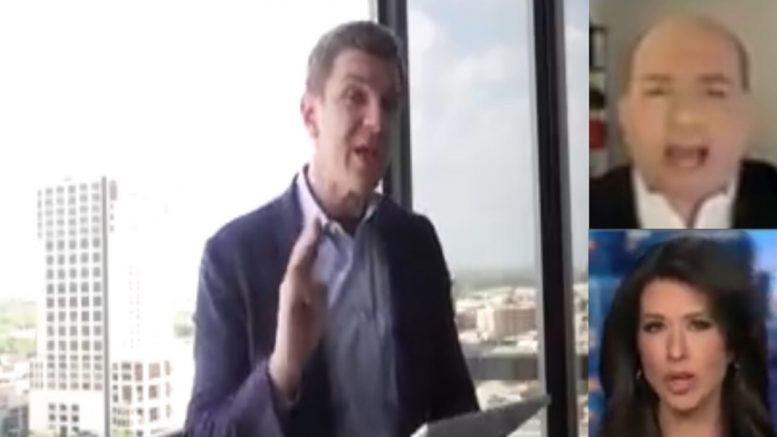 Project Veritas sued CNN in a federal court Monday for defamation as the network deceptively characterized on air the initial ban of the official Project Veritas Twitter account, according to PV’s founder James O’Keefe.

“Today we’re filing a lawsuit against CNN for defamation. Just last week, we sued Twitter for defamation. All this comes off the heels of our win in the New York state Supreme Court in a historic motion granting us discovery into The New York Times in a defamation action after they called us deceptive,” James O’Keefe said.

The Project Veritas founder pointed out that Congressman Dan Crenshaw (R-TX) grilled Twitter’s CEO Jack Dorsey over the social media company “taking down” a video of when PV confronted a Facebook executive from his front lawn.

“Here’s the thing, I can show you a video of CNN doing the exact same thing to an old woman, who is a Trump supporter, in her front yard. I’ve looked at both videos. It’s an apples to apples comparison. CNN remains up. Project Veritas was taken down,” Crenshaw told Dorsey. Continued Below

“Yet, on February 14, CNN Ana Cabrera falsely stated on air that Project Veritas’s deplatforming was part of a ‘crackdown to try to stop the spread of misinformation and to hold some people who are spreading it accountable. For example, Twitter has suspended the account of Project Veritas'” O’Keefe pointed out while playing Cabera’s remarks in the video.

Mr. O’Keefe also pointed out that CNN’s Brian Stelter said on the air that Project Veritas had “multiple violations”, but the PV founder argued, “We’re only aware of one” Twitter violation.

“Perhaps the irony here is everyone in the media accuses us of misinformation, when that’s precisely what they do. … Stay tuned. And lawyer up, CNN,” he urged.

A Florida woman who ran a Trump supporters page that unwittingly promoted a Russian-coordinated event on Facebook says she doesn’t believe that she was influenced by Kremlin-linked trolls https://t.co/DmgDRFRwyn pic.twitter.com/OAz5julCyA