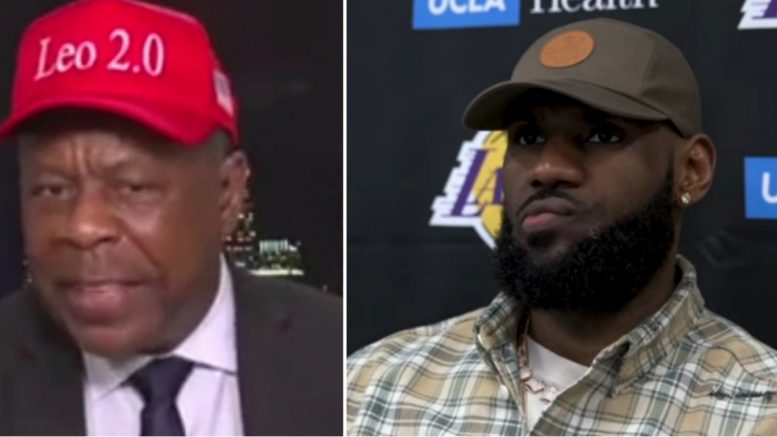 Civil rights attorney Leo Terrell slammed LeBron James after the NBA star posted and then deleted a tweet that contained a picture of the police officer who reportedly shot and killed 16-year-old Ma’Khia Bryant while defending another female from being stabbed with knife a in Columbus, Ohio.

Related Article: Sen. Kennedy On LeBron James: “He Can Go From Zero To Screw Everyone Pretty Fast”

In response, Leo Terrell told Sean Hannity, “LeBron James definitely owes this officer an apology. This officer is a hero.”

He continued, “But see, what’s happening with the left and LeBron and with the extreme left — they want to conflate every case involving only a white officer with a Black suspect in a situation where it’s ‘racism.'”

“And when LeBron James goes on TV and says, ‘I’m sick and tired of police officers killing Black people,’ he’s a liar! Because he’s a liar when he looks at the fact that Black on Black crime — there’s more Black on Black crime, murders that he never talks about. How many African Americans have been killed unarmed in 2019? Twelve. But if you listen to the left, they believe it happens every day, day and night, day and night.”

Leo went on to say that he believes the “ultimate goal” of the Left is “to put every police officer in jail or they want to totally dismantle the police department.” Video Below