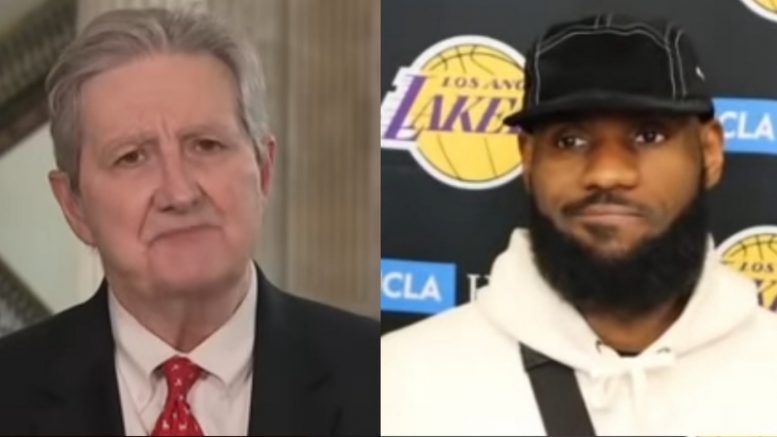 Sen. John Kennedy (R-LA) reacted to fallout from a tweet posted and then deleted by NBA star LeBron James that contained a picture of the police officer who reportedly shot and killed 16-year-old Ma’Khia Bryant while defending another female from being stabbed with knife a in Columbus, Ohio.

In response, Sen. Kennedy said he admires LeBron’s “passion” and thinks the basketball star “did the right thing” by deleting his tweet.

But moving forward, Kennedy hopes James would wait for all of the facts to come out before forming a strong opinion on any polarizing matter.

“I think sometimes Mr. James has more zeal than wisdom,” Kennedy said. “He doesn’t wait on the facts.”

“He can go from zero to screw everyone pretty fast,” he declared. “And I wish I was as sure of anything as Mr. James sometimes seems to be sure of everything.” Video Below