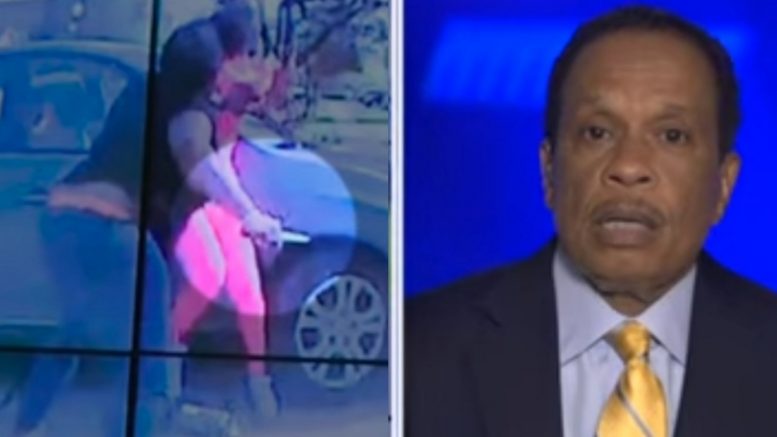 Political commentator Juan Williams suggested on Thursday that he would have he would have done a warning shot if he were in the same situation as the police officer who shot and killed 16-year-old Ma’Khia Bryant while defending another female from being stabbed with knife a in Columbus, Ohio.

“I guess I would shoot the gun not necessarily at someone,” Williams said after being asked by Jesse Watters how he would’ve handled matters. “Maybe shoot the gun and maybe run at the person and try to disarm them.”

Watters clarified Juan’s remarks, “You would shoot the gun in the air like a warning shot?”

Juan replied, “…Hopefully to distract her and try to stall or something so I could get, or my partner could get the knife away.”

Here is the full video from Thursday’s episode of The Five: