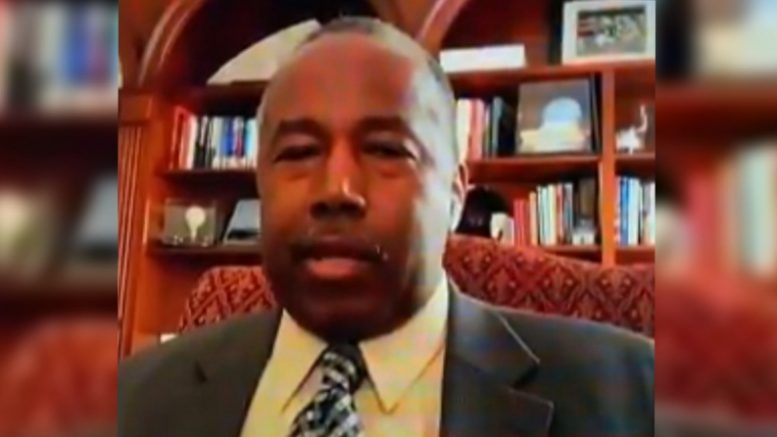 “I think it’s certainly worthy of investigation,” former HUD Secretary Ben Carson said when asked if he agrees that Donald Trump “was robbed” of an election victory.

Appearing for an interview with Fox News host Neil Cavuto, Mr. Carson stopped short of stating whether or not he feels the 2020 election was rigged, but voiced his full support for an open investigation into “credible” evidence and claims “so we can put it to rest once and for all.”

“What disturbs me is when people say, ‘You can’t even talk about that.’ It’s like yoh stole the cookies from the cookie jar and you said, ‘Know one can talk about the cookie jar or even go near the cookie jar.’ That does raise your suspicion,” Carson said. “I would like to see any credible things investigated so we can put it to rest once and for all.”

Cavuto responded by saying that the judicial system down “each and every one” of the election fraud cases down.

“That’s what they would like you to believe, but they didn’t really examine the evidence,” Carson replied. “There was only two cases in which the evidence was actually examined by the judicial system and both of those are still active.”

Related Article: Sidney Powell: “I’m Not Backing Up One Inch. Everything I Said About Dominion, I Had A Factual Basis For”

“So don’t buy the narrative that they went and actually investigated. It’s not true,” Carson continued. “And that’s what I’m saying. We need to do a real, open investigation — not try to hide things.”

“If there’s nothing to hide, there should be nothing to worry about,” he concluded. Video Below

Ben Carson lays it out for the perpetually confused. pic.twitter.com/NpQedOWdaq