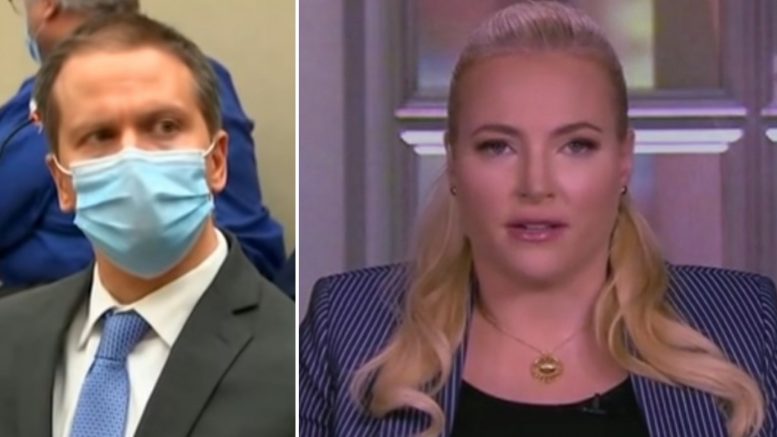 “Look, I haven’t been watching the entire trial, I’ve been watching bits and pieces everywhere. It’s honestly so emotional and jarring.” said McCain on Tuesday’s episode of The View.

“I don’t need to see it because I’ve seen the George Floyd video. And I don’t know how you find any individual anywhere who doesn’t believe that man was murdered in cold blood in front of a group of people,” she continued, adding details seen in the viral video showing Floyd subdued by Chauvin for nine minutes.

“I hope they convict him, I hope Derek Chauvin goes to jail or worse for the rest of his life,” McCain said. “As far as I’m concerned Derek Chauvin is a cold blooded murderer who should rot in hell.” Video Below