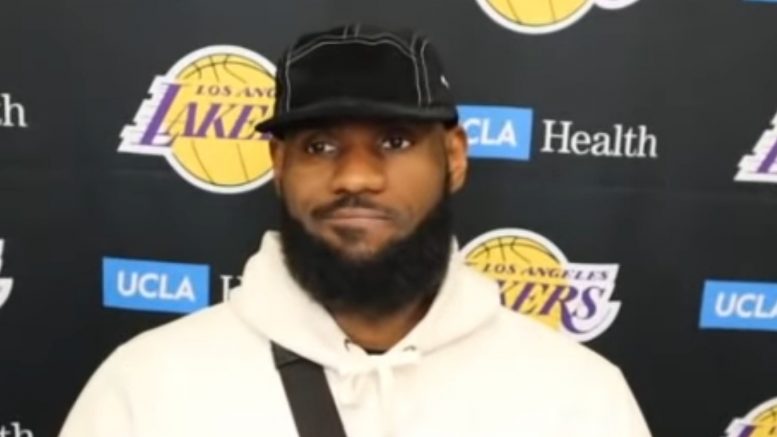 Lebron James offered an explanation for why he deleted a tweet earlier on Wednesday that contained a picture of the police officer who reportedly shot and killed 16-year-old Ma’Khia Bryant while defending another female from being stabbed with knife a in Columbus, Ohio.

The NBA star captioned the photo “YOU’RE NEXT” with an hourglass emoji and the hashtag #ACCOUNTABILITY.

Lebron admittedly removed the tweet after it circulated for about an hour. However, we were able to obtain a screenshot. 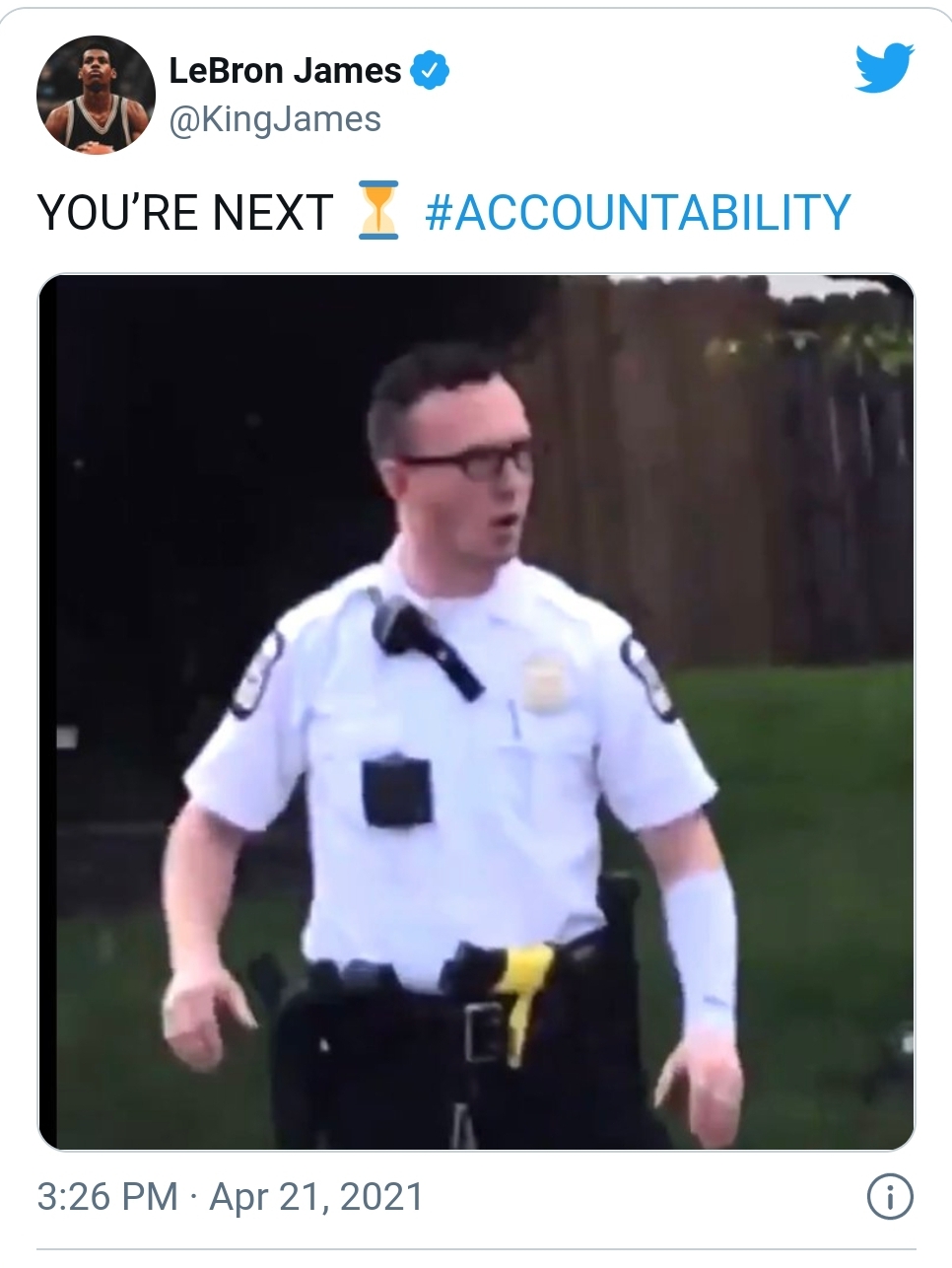 “The police claim [Ma’Khia] Bryant threatened two girls with a knife on Tuesday when she fatally shot by an officer…. The incident occurred shortly before a jury reached a guilty verdict in the murder trial of the former Minneapolis police officer Chauvin for the killing of George Floyd. Bryant’s caused immediate protest in Columbus and is currently under investigation.”

Just a couple hours after Lebron deleted his tweet, the four-time NBA champ issued the following statement on his Twitter account: “I’m so damn tired of seeing Black people killed by police. I took the tweet down because its being used to create more hate. This isn’t about one officer. it’s about the entire system and they always use our words to create more racism. I am so desperate for more ACCOUNTABILITY.”

I’m so damn tired of seeing Black people killed by police. I took the tweet down because its being used to create more hate -This isn’t about one officer.  it’s about the entire system and they always use our words to create more racism. I am so desperate for more ACCOUNTABILITY

Lebron got blasted by the twitterverse immediately following his explanation.

Here are some of the highest-engaged reactions:

You took it down because it threatened the life of an officer who stopped a girl from being murdered. You directly threatened him, realized it, and didnt want to be held liable, you complete piece of shit.

To clarify: Lebron is ok with black people killing other black people… he’s only upset when a white police officer stops the murder from happening.

If the officer hadn’t shot the girl with the knife, the other girl would have died. You’re making it a little to obvious that you don’t care about black on black crime because it doesn’t fit your narrative.

If that White police officer saved YOUR kid from being stabbed, you would have had a press conference to thank him!

Why don’t you care about the life of the Black woman wearing pink in this phot whom Ma’Khia Bryant was attempting to stab when she was shot by the officer?

Do you think that police officers SHOULDN’T stop stabbings that happen right in front of them? pic.twitter.com/mg5WlBiX1E

Accountability. Like taking time to report accurate information to your millions of followers – who look up to you as an honest source.

BS YOU TOOK IT DOWN BECAUSE YOUR WRONG. That cop saved the girl in pink from becoming a damn kabob.

Let me tell you about “the system,” LeFraud. There were *ELEVEN* police shootings of unarmed black men in 2019 (WaPo).

Why the higher rate? Black males make up 26% of police shootings…and 26% of arrests.

you’re the one creating more hate in this situation, clown pic.twitter.com/Pa5EU9MWNV

We’re so damn tired of your hateful shit.

I miss Kobe, he was such a class Act and would help easy tension rather than create it. Kobe was such a better person. Better player too!!!

Self-proclaimed @KingJames is quick to dox a police officer who saved someone from being stabbed to death with a knife. But he still won’t say a word about China’s Uyghur genocide. You can call yourself “King” all you want, but you’re really just Xi’s court jester.

Lebron James Tweets Photo Of Officer Who Shot Ma’Khia Bryant & Captions It ‘YOU’RE NEXT’; Gets Deleted