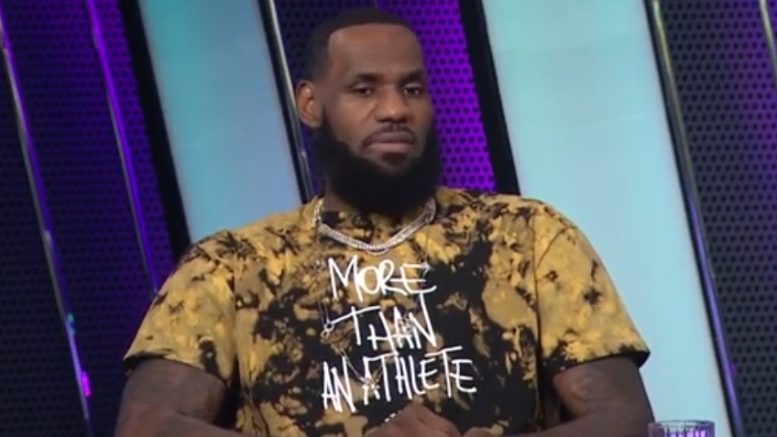 Lebron James tweeted a picture of the police officer who reportedly shot and killed 16-year-old Ma’Khia Bryant while defending another female from being stabbed with knife a in Columbus, Ohio.

The NBA star captioned the photo “YOU’RE NEXT” with an hourglass emoji and the hashtag #ACCOUNTABILITY.

The tweet was removed after circulating for an hour and it’s unclear if Lebron or Twitter deleted it. However, we were able to obtain a screenshot, and blurred the photo that was tweeted for the officer’s safety. 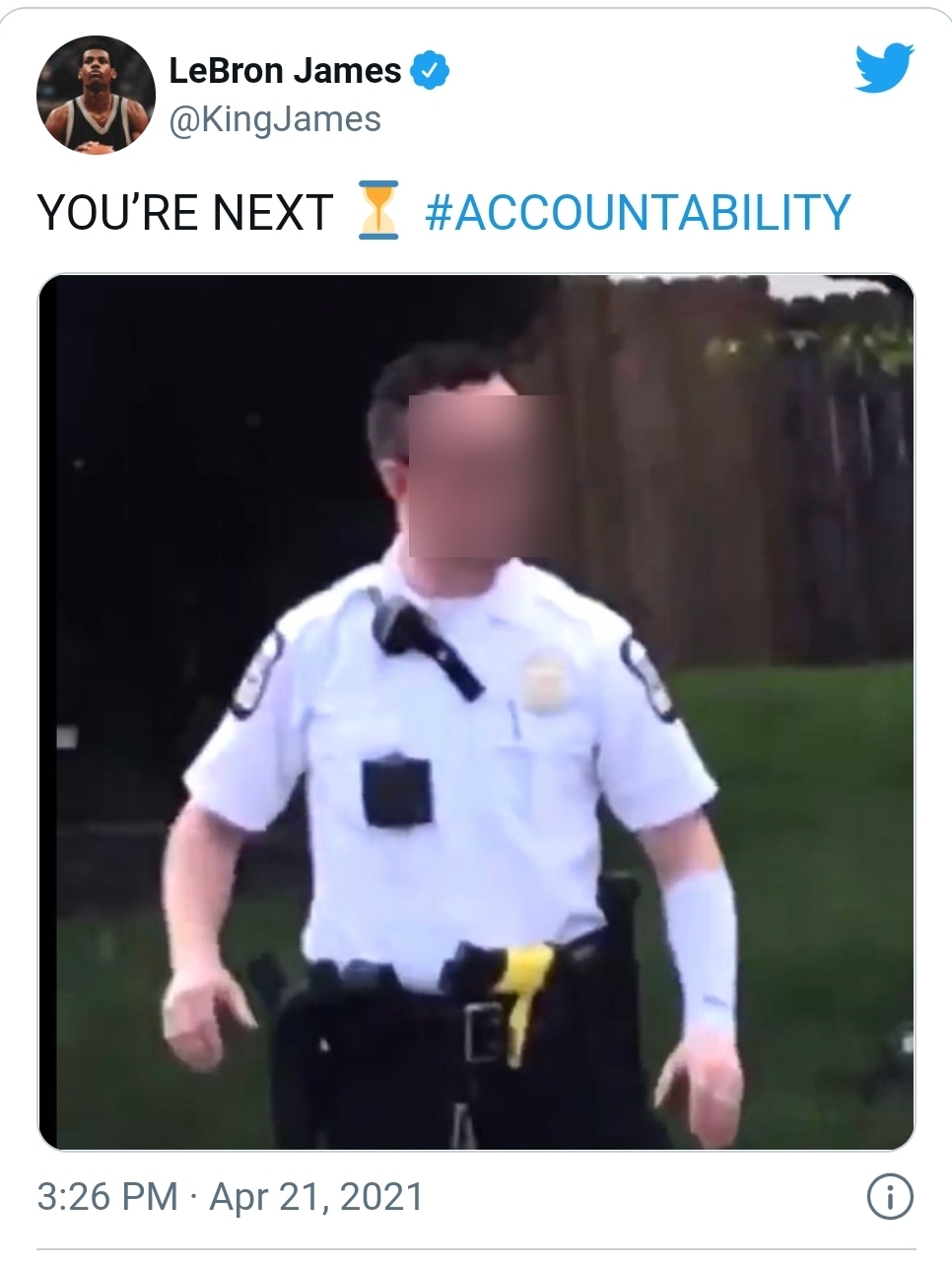 “The police claim Bryant threatened two girls with a knife on Tuesday when she fatally shot by an officer… The incident occurred shortly before a jury reached a guilty verdict in the murder trial of the former Minneapolis police officer Chauvin for the killing of George Floyd. Bryant’s caused immediate protest in Columbus and is currently under investigation.”

Sean Davis of The Federalist issued a response to James after seeing his tweet.

We leave you with his reaction: