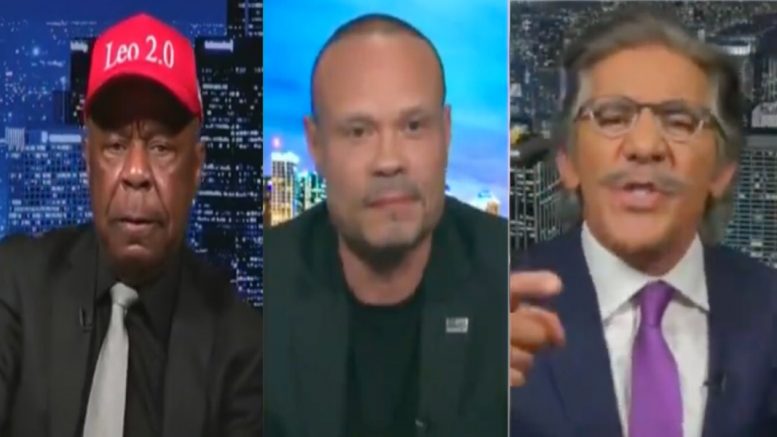 During a Wednesday airing on Fox News’ “Hannity”, Geraldo Rivera lashed out at Dan Bongino as the two clashed over policing in America following the death of Daunte Wright.

Geraldo, during the interview, lost his temper when Bongino accused him of pushing “a race narrative” amid days of riots and looting occurring in Minnesota.

“You wouldn’t tell me that to my face,” Bongino informed Rivera.

Bongino who served in both the NYPD and Secret Service also told Rivera: “Geraldo, take a Valium. You really got to pipe down. My gosh, you’re a 70-year-old man!” Video Below

Following the heated debate between Dan Bongino and Geraldo Rivera, Civil Rights attorney Leo chimed in, telling his Fox News colleagues on Twitter, “I Volunteer to serve as the referee.”

Last week, Leo Terrell scolded his colleague Geraldo Rivera during a heated exchange on “America’s Newsroom”, as previously reported by The Freedom Times.

“Hey, Leo, when was the last time you were in the ghetto?” Rivera interjected.

“Bill [Hemmer], you know what Geraldo accused me of? Living in a particular area that I don’t understand. How dare you? I’ve been a Civil Rights attorney for 30 years! … Check my record out. How dare you? How dare you?” Terrell declared.

(Related: Leo Terrell Scolds Colleague Geraldo Rivera: “How Dare You Say That, Sir!…You Know Nothing About Me”)