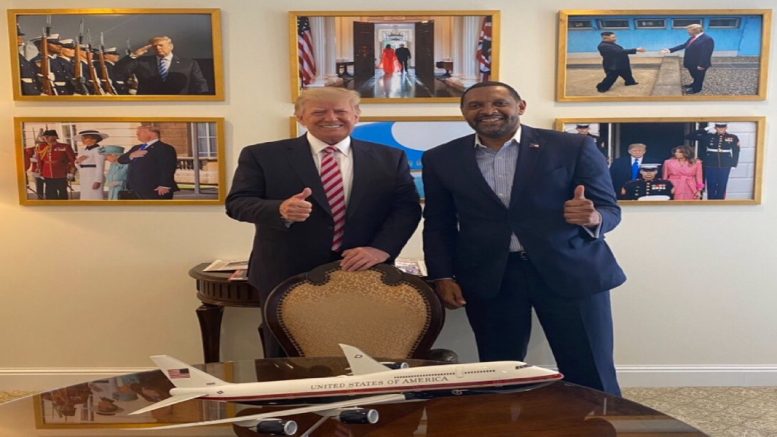 Former Georgia State Rep. Vernon Jones and founder of Waking Up America announced last month on Twitter Monday that he is “looking closely at Georgia’s race for Governor” to oust Governor Brian Kemp, as previously reported by The Freedom Times.

“I’m looking closely at Georgia’s race for Governor. If it weren’t for Brian Kemp, Donald Trump would still be President of these United States. We need courageous conservatives leading our state, not those afraid to stand up to the Radical Left,” Mr. Jones expressed.

Vernon Jones tweeted a press release Thursday, announcing that he will be holding a press conference in Atlanta at the Georgia State Capitol–Liberty Plaza at 10:00 a.m. on Friday, April 16 to announce his decision to run for governor of the state of Georgia.

“In the midst of a battle that will determine the future of not just Georgia, but the future of America and our great experiment known as Democracy, we need a fighter for Georgia. Vernon Jones will address this need and his future efforts to put Georgia first. For more information, head to JonesForGeorgia.com, the press release states.

Mr. Jones was a lifelong Democrat who made national headlines last year when he declared his support for President Donald Trump’s re-election and switched parties.

The former Georgia State Rep. has also “enjoyed the opportunity to catch up with the President” in Florida, as he posted pictures with the 45th President last month on Twitter and wrote, “Georgia will never be a blue state. We’re going to make sure of it. Stay tuned. … Twice in one week with 45 is no Joke! Look out Georgia and look out America.” Continued Below

The time has come. Georgia is ready! pic.twitter.com/ClIcnF6JtI

The location is set, Mr. President. I hope to see my fellow Georgians at Liberty Plaza at 10am as I share my plans for the future of this state.

McEnany Calls Out Media For Lack Of ‘Journalistic Curiosity’ In General Flynn Case: “We Know That There Was A Lot Of Wrongdoing”