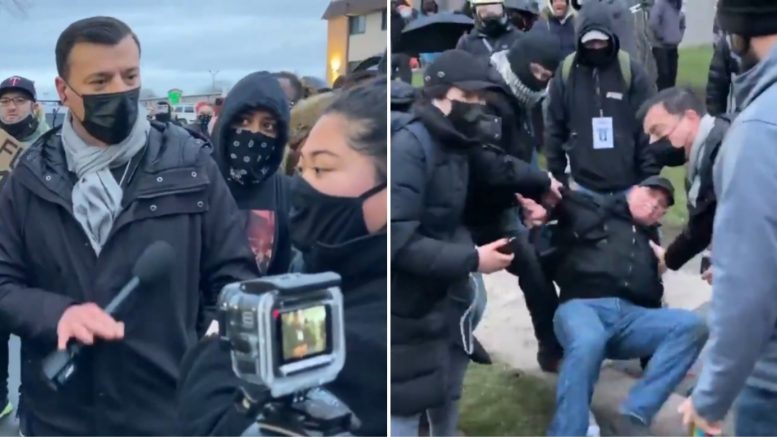 A team of CNN employees on the scene at Brooklyn Center’s police precinct were chased away by protesters after one of the network’s crew members was hit in the head by a water bottle.

Demonstrators at the precinct were protesting the shooting death of Minnesota resident Daunte Wright.

Related Article: Fox Reporter: Several Of The Protesters In Brooklyn Center “Identified Themselves As Antifa And Angrily So”

Nick Rowan of The Washington Examiner uploaded two videos of the situation, that shows demonstrators surrounding and mocking the crew before intimidating them to leave.

“Protesters throw a water bottle at a CNN crew member and hit him square on the head. They mock him when he falls down,” Rowan wrote.

Protesters throw a water bottle at a CNN crew member and hit him square on the head. They mock him when he falls down. pic.twitter.com/cBfRN9DJOj

Protesters just chased the entire CNN crew away from the police precinct. pic.twitter.com/r6TGmnBxIH