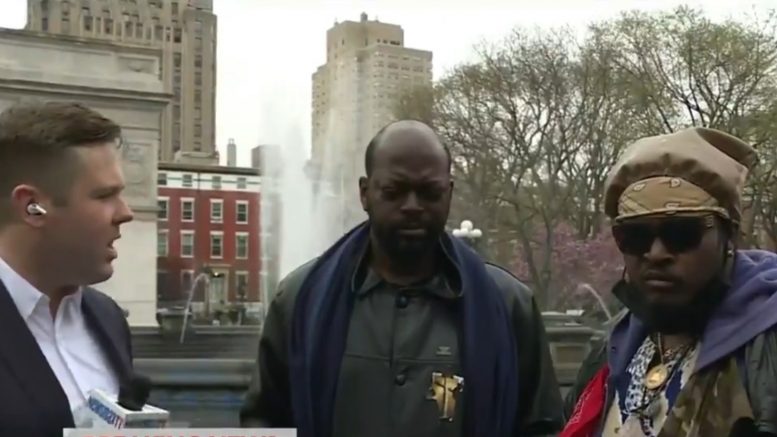 “I find it funny that one person can live at three homes at the same time. I don’t think that’s possible,” a Black Lives Matter supporter replied when asked how he felt about reports that BLM co-founder Patrisse Khan-Cullors purchased $3.2 million in multiple high-end homes. “Obviously people are capitalizing on this movement that really should be more about protecting the lives of Black males.”

The BLM supporter named ‘Rich’ was approached in New York City for an interview by a Newsmax reporter who was covering a protest that erupted in Lower Manhattan over the death of Minneapolis resident Daunte Wright.

Related Article: Terrence Williams Lashes Out At Minneapolis Rioters & Looters: “You Not Protesting, You Stealing!”

Rich — who did not take part in the protest — said that while he supports the Black Lives Matter movement as a whole, he gets a negative feeling of not being “wanted there” when it comes to attending BLM marches.

“I find that when I’m in these marches, I don’t particularly feel like I’m wanted there,” Rich said.