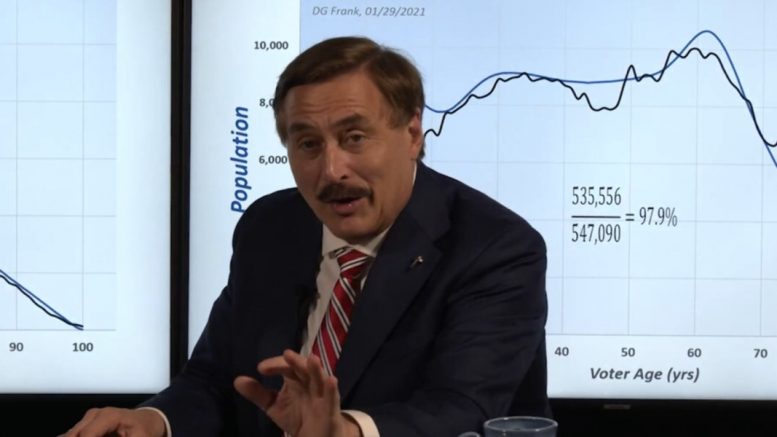 During a Friday interview on “War Room”, MyPillow CEO Mike Lindell told host Steve Bannon he is rolling out his new social media platform called “Frank” next week and going to launch “Absolute Interference”, which he said is the “next documentary” exposing alleged election fraud, as previously reported by The Freedom Times.

“It’s going to be the most mind-blowing evidence you’ve ever seen in history,” Lindell informed Bannon.

The documentary features General Michael Flynn and Dr. Doug Frank. It is a sequel to his first documentary: Absolute Proof.

“We’ve migrated from people going in and voting by hand, raising their hands to paper ballots, now we’re in the 21st century and we have these machines. And these machines, what we do know, one of the things that we do know for certain, is that the machines are connected to the internet,” General Michael Flynn said.

“Our FBI and CISA, the Department of Homeland Security, they gave out these alerts and they said, ‘Hey, Iran is interfering in our election process.’ The machines are not supposed to be connected to the internet. They’re supposed to be free of the internet. Well, if it’s connected to the internet, that means that anybody in any country– and I can name some of the countries. We know China, we know Iran, we know Spain has something to do with it, we know Serbia. We’ve had Italy come up, we had Germany come up,” Flynn asserted. Continued Below

Last week, Lindell said of of the new documentary, “We pulled 19 of the attacks. 19 on November 3rd that all came from China. We had people on the ground investigate every single piece of that. In China, we have verified the IP address, the ID’s of the computers, who did it, the building, the longitude, the latitude, coming over here, which county exactly, which computer, who did it, what was the password– you know, who they got let in by and through the machines. We have everything, the footprint.”