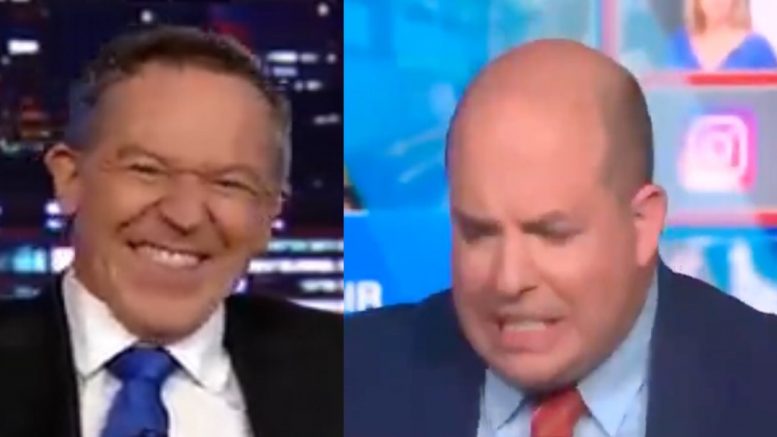 During an airing of CNN’s “Reliable Sources”, anchor Brian Stelter taunted Fox News employees on Sunday for not posting vaccine selfies of themselves online, while bragging that liberal anchors publicly have.

Fox News’ Greg Gutfeld responded to Stelter, mocking the CNN host for not sharing his own “vaccine selfie”.

“It’s really important to see all these TV anchors, personalities, showing themselves get the shot,” Brian Stelter alleged.

“We’ve seen a lot of vaccine selfies from lots of folks and lots of different networks. It’s been really inspiring to see,” he said.

“You know, the Today show even brought the co-hosts outside for a live group vaccination this week. And Rachel Maddow on Friday from MSNBC talked about how she was really fearful of the needle, really worried about it. And yet, it was important to get the shot and she did, and there she is talking about it on air,” Stelter reported.

“So I say all that to make the following point: Where are Tucker and Sean Hannity and Laura Ingraham? Where’s Ainsley Earhardt and Steve Doocy and Brian Kilmeade? Where are the biggest stars on Fox getting vaccinated?” he wondered. Continued Below

The CNN anchored admitted “it’s a personal choice”, adding, “I get it’s between your hosts and your healthcare provider. But everybody else is doing it, right? I mean, all across television, all these anchors are rolling up their sleeves.”

“Why do you think we haven’t seen the biggest stars on Fox News get vaccinated or show us their vaccine selfies?” he asked again.

Fox News’ Greg Gutfleld retweeted the clip of Stelter, who appeared to complain over Fox News hosts not posting their “vaccine selfies” and sarcastically wrote, “Jesus this is amazing. Amazing. Classic awesome.” Video Below

(Related: Greg Gutfeld On Kamala Harris: “Willing To Crush Kavanaugh & Biden, But When The Door Opens Up For Power, That All Goes Out The Window”)