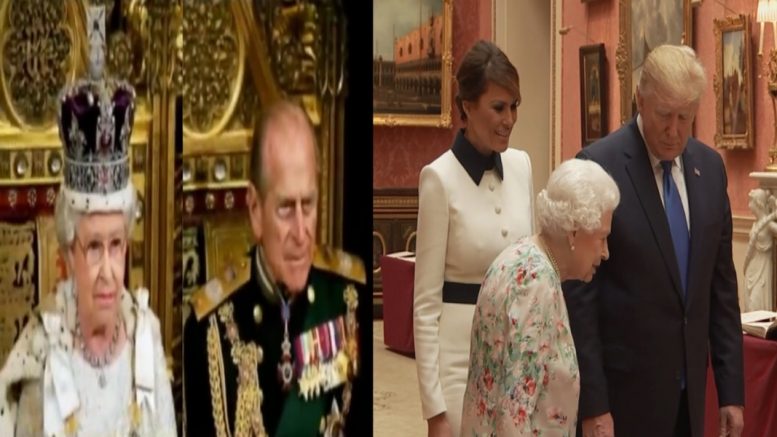 Prince Philip passed away on Friday at Windsor Castle. He was 99.

An announcement about Philip’s death was placed on the gates of Buckingham Palace on Friday.

On Feb. 16, Philip was admitted to a London hospital after feeling unwell. On March 3, he underwent a procedure for a pre-existing heart condition at St. Bartholomew’s Hospital before being transferred back to King Edward VII hospital on March 5 and ultimately released home on March 16, Fox News reported.

Philip married then-Princess Elizabeth in 1947 and is the longest-serving royal consort in British history. He and the queen have four children, eight grandchildren and nine great-grandchildren. Continued Below

The world mourns the passing of Prince Philip, a man who embodied the noble soul and proud spirit of the United Kingdom and the Commonwealth.

Melania and I send our deepest and most profound condolences to Her Majesty Queen Elizabeth II, and to the entire Royal Family. We send our most heartfelt sympathies to the British people. This is an irreplaceable loss for Great Britain, and for all who hold dear our civilization.

Prince Philip defined British dignity and grace. He personified the quiet reserve, stern fortitude, and unbending integrity of the United Kingdom. Continued Below

As a young man, he served Britain honorably and courageously as a naval officer in the Second World War. Aboard battleships in the Mediterranean, he saw combat at sea. He then participated in the pivotal Allied invasion of Sicily in 1943.

Like so many of his generation, in Britain’s darkest hour, he put his life on the line for God, country, and the values of freedom and self-government that forever unite America and the United Kingdom.

For seven decades, Prince Philip brought the same sense of duty and purpose to his role as consort and husband to the Queen. He was admired by his fellow citizens, and respected by everyone around the world. His exceptional example of service, constancy, and patriotism will be his greatest legacy.

Over the past few years, Melania and I were honored to have the opportunity to visit the United Kingdom. We saw firsthand how the Monarchy epitomizes and carries on the virtues of the British People—and no one did so more than Prince Philip.

As we grieve his loss, we celebrate his memory and rededicate ourselves to the values to which he devoted his extraordinary life. He will be greatly missed. Continued Below

The Royal Family join with people around the world in mourning his loss.

Further announcements will be made in due course.

Visit https://t.co/utgjraQQv5 to read the announcement in full. 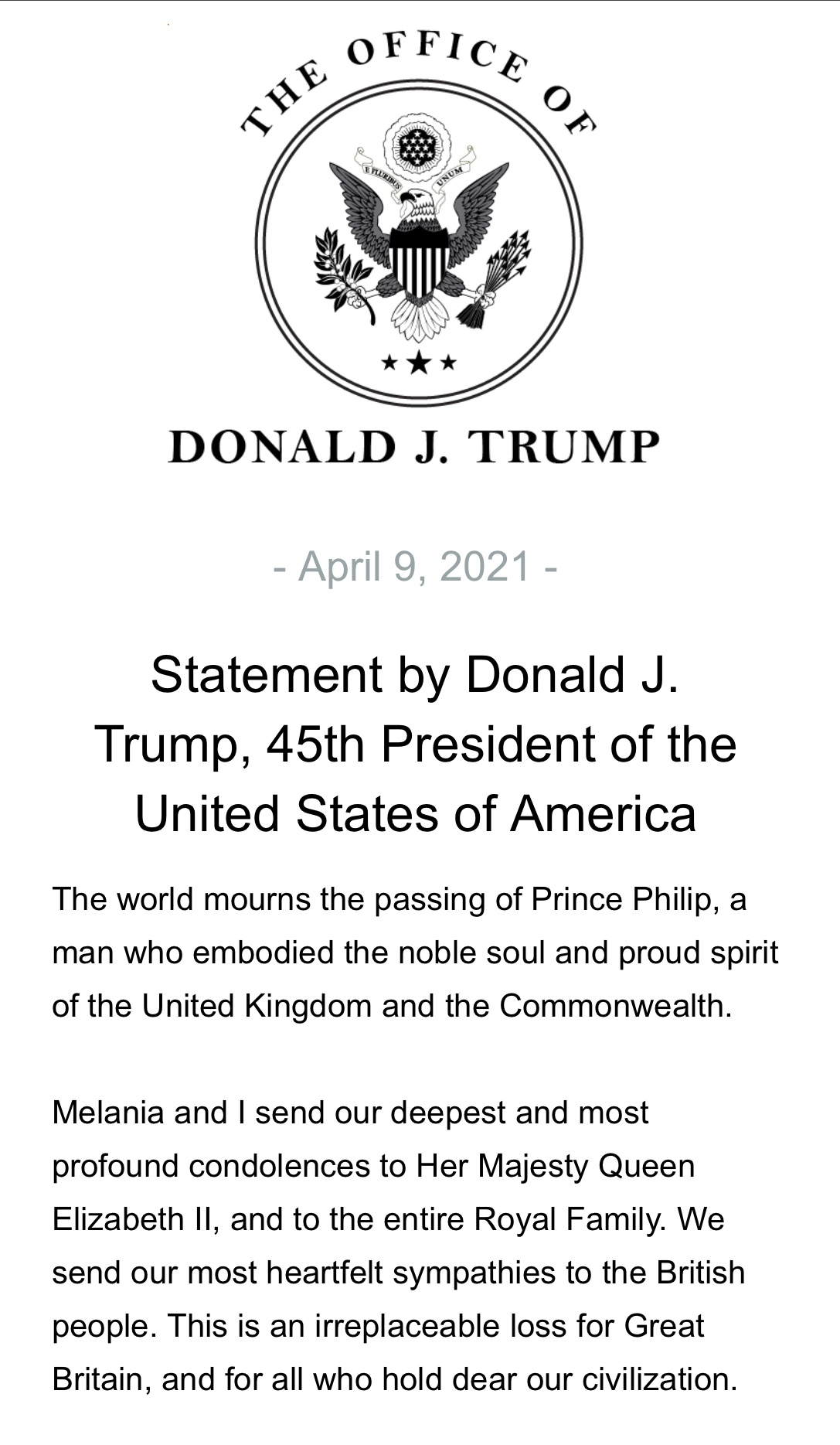 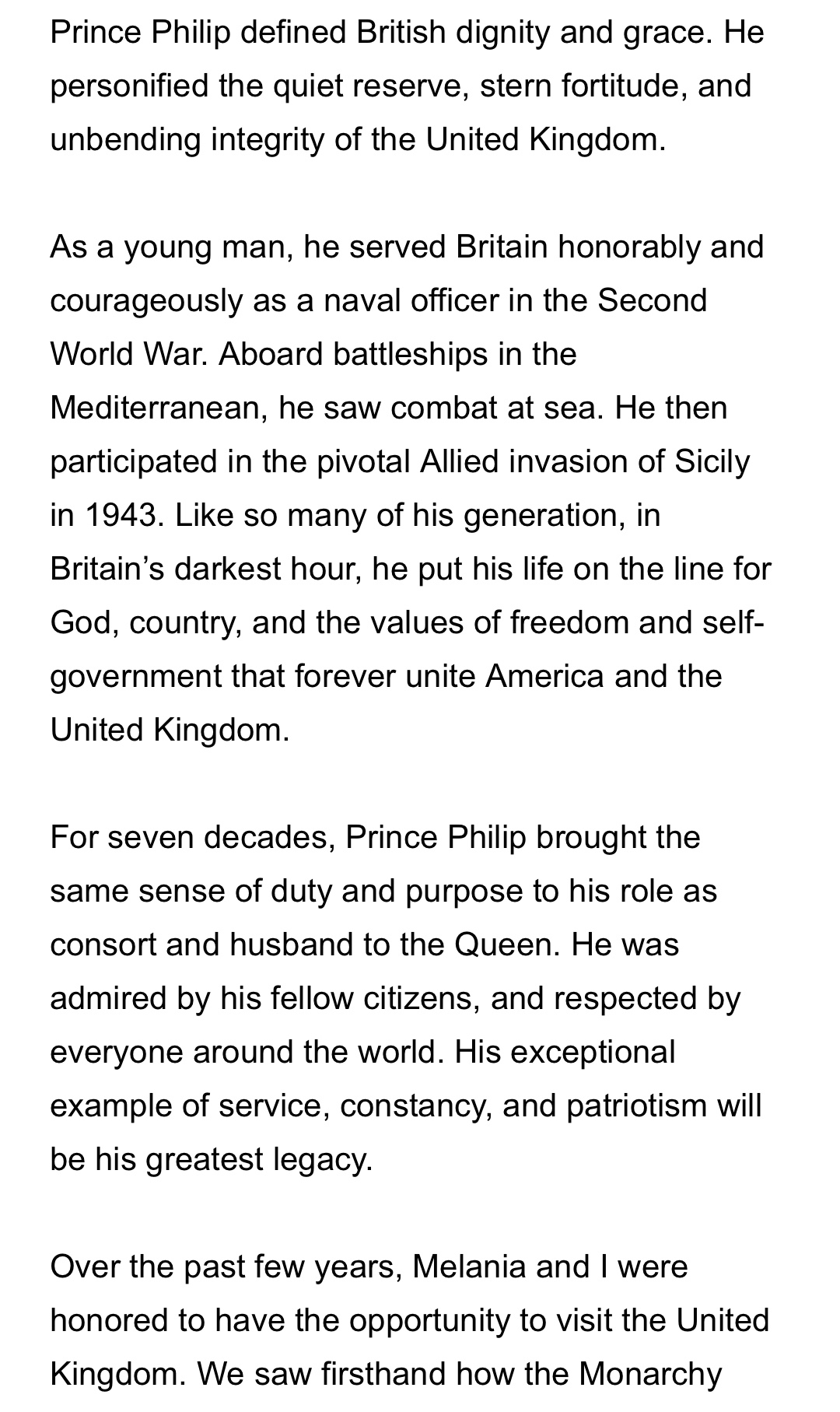 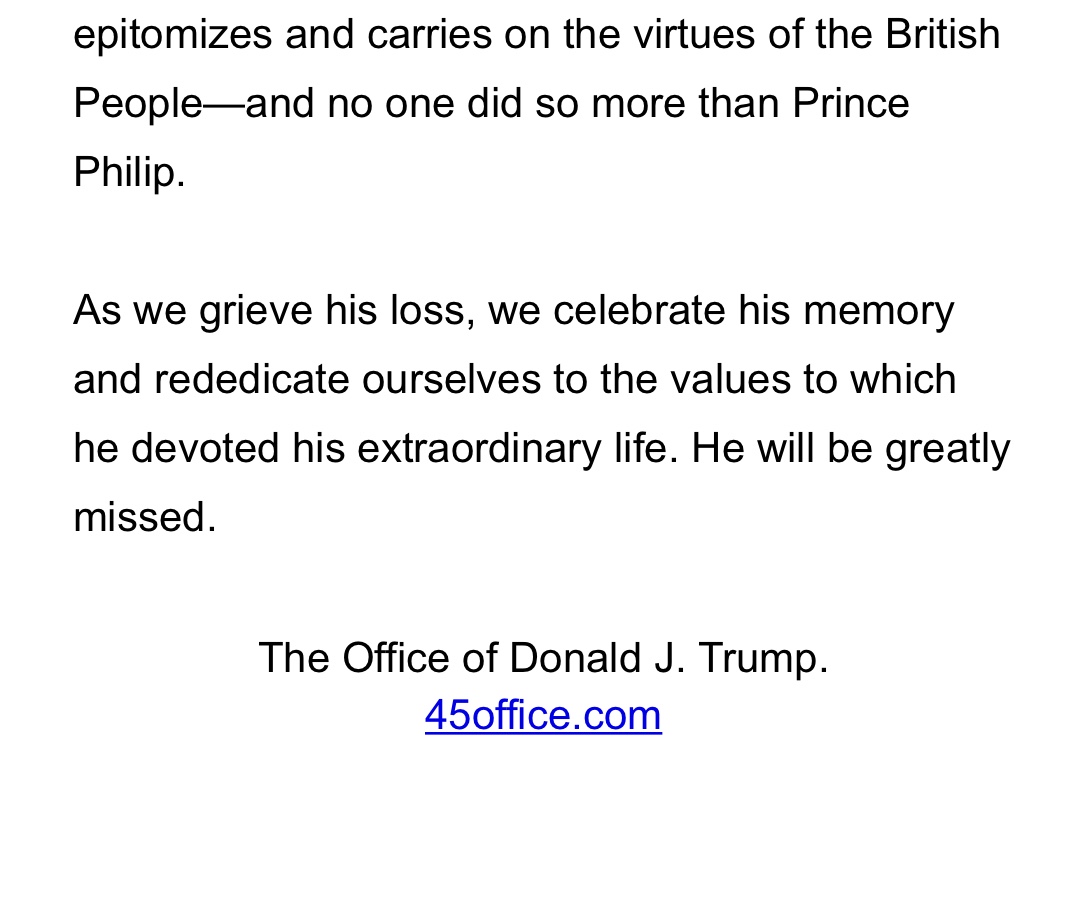