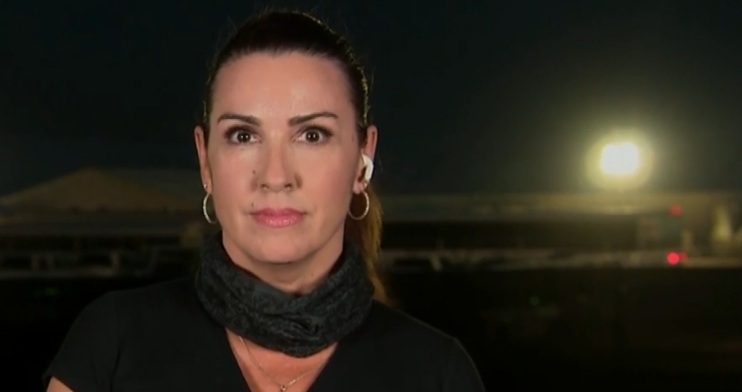 The crisis at the southern border got exposed wide open on Tuesday after investigative journalist Sara Carter released an email she obtained from a Border Patrol whistleblower that reveals disturbing new details of the migrant facility in Donna, Texas.

Sean Hannity read damning contents of the email out loud on his program as follows:

“It is extremely unsafe and unhealthy for the detainees, agents, and civilian workforce.

“The overcrowding is inhumane, especially for the children. Pod 3A is designed to hold 80 people and on this day we have 694 unaccompanied children with two agents maintaining custody. That is 867% of the stated capacity of this detention space. The agents cannot possibly provide for the care, health, and safety of aliens in our custody, nor can we reasonably do so for ourselves.

“The detainees are also stressed and fatigued and becoming more agitated each passing day. One girl told me that she has been in her cell for 17 days, many, many more complain that they have been here for more than two weeks.

“If we have a fire, a carbon monoxide leak from the generators, a stampede, or any number of potential and likely occurrences, many people will die. This situation is a disaster waiting to happen. Someone with the proper authority must do something immediately to alleviate the severe overcrowding before we experience a tragedy.”

According to Sara Carter: “The U.S. Customers and Border Protection confirmed the validity of the emails with a statement, saying the facility is no place for a child and vowing to ‘protect the nation and enforce laws humanely.'”

The stunning new details couldn’t have come at a worse time for the Biden Administration, which has repeatedly tried to deny there is a crisis at the border. Although on Wednesday, Vice President Kamala Harris admitted for the first time that there is a “huge problem” at the border just as Joe Biden put her in charge of the immigration fiasco. You can read more on that by CLICKING HERE. Video Below

Sara Carter discussed the whistleblower’s letter on Tuesday night’s airing of Hannity. We leave you with that video: