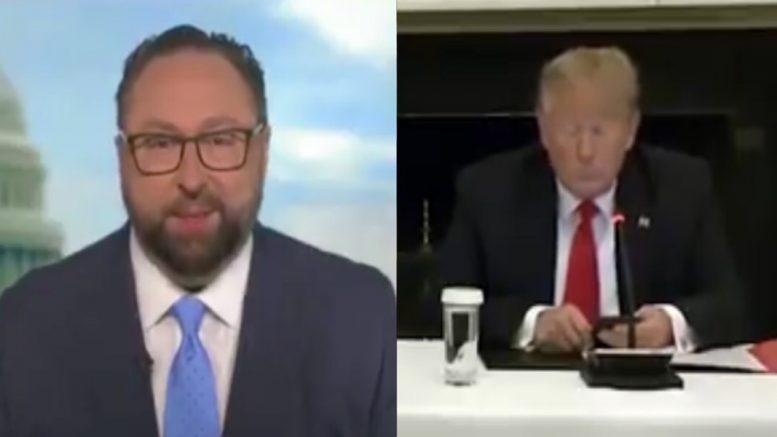 The 45th President will reportedly be back on social media within the next few months with his own social media platform, according to Trump advisor Jason Miller.

Miller told told Howard Kurtz on Fox News’ “MediaBuzz” on Sunday that former President Donald Trump will be reentering the social media space in two to three months with a new platform of his own that will “completely redefine the game.”

Asked if President Trump plans to get back on social media with some new outfit, Jason Miller replied, “This is really interesting in the fact that the presidents been off of social media for a while because his press releases, his statements, have been getting more play than he ever ever did on Twitter before.”

“I’m not sure if that’s because of the length of them are a bit longer. I even had one reporter say that she thought it was much more elegant the way the president was able to communicate his thoughts, and it very much looked very presidential in that longer form,” Miller said.

“I do think we’re gonna see President Trump returning to social media in probably about two or three months here with his own platform, and I think this is something that will be the hottest ticket in social media. It’s going to completely redefine the game. And everybody is going to be waiting and watching to see what exactly President Trump does, but it will be his own platform,” Mr. Miller announced.

When asked if this will be a platform Trump will create himself or if he’s working with another company, Miller said, “I can’t go much further that what I was just able to share, but I can say it will be big once he starts. There have been a lot of high powered meetings he’s been having at Mar-a- Lago with some teams of folks that have been coming in”. Video Below

“It’s not just one company that’s approached the president, there’s been numerous companies. I do think the president knows what direction he wants to head here, and this new platform is gonna be big, everyone wants him. He’s gonna bring millions and millions, tens of millions of people to this new platform,” Miller added.

BREAKING: Trump Senior Adviser @JasonMillerinDC says President Trump will likely return to social media in 2-3 months on his own social media platform that will “completely redefine the game” pic.twitter.com/IZCT6ryqFw

.@JasonMillerinDC said President Trump will be "returning to social media in two or three months" with "his own platform" that will "completely redefine the game" and attract "tens of millions" of new users. #MediaBuzz

.@JasonMillerinDC says Trump will return to social media "in 2 or 3 months" with "his own platform" that will "completely redefine the game." Also says big GA endorsement coming, defends him on "China flu" #Mediabuzz https://t.co/05MVPXgHbf