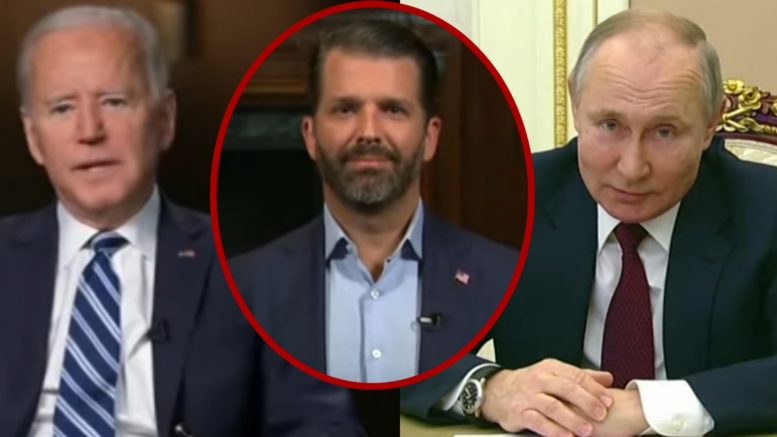 Tension between Joe Biden and Vladimir Putin kicked up a notch on Thursday as the Russian President floated the idea of sorting out their differences in a live debate.

The drama began after Mr. Biden called Putin “a killer” during a recent interview with ABC’s George Stephanopoulos.

As reported by CNN:

When interviewer George Stephanopoulos asked Biden if he thought Putin was “a killer,” the President said, “Mhmm. I do.”

Responding to the comments, Kremlin spokesman Dmitry Peskov told reporters on Thursday that “there hasn’t been anything like this in history.”

He said it was clear that Biden “definitely does not want to improve relations” with Russia and that the relationship between the two countries is “very bad.” When asked how it can affect relations, Peskov said “it is absolutely clear how,” but refused to elaborate.

Putin initially appeared to be taken off guard when asked by the press what he thought about Biden’s remarks.

“It’s true, we really know each other personally. What would I answer him? I would tell him: be healthy,” Putin is quoted as telling reporters. “I wish him good health. I say this without irony, no jokes. This is first of all.”

The Russian leader reportedly added to his statement by challenging Biden to a “live” and “open and direct discussion.”

“I would like to offer President Biden [the opportunity] to continue our discussion, but on condition that we’ll do so what is called live, online. Without anything pre-recorded, in an open and direct discussion,” Putin said.

“It seems to me, it would be interesting both for Russian people and for the US people, as well as for many other countries,” he added.

“White House press secretary Jen Psaki weighed in on the invitation saying she wasn’t sure if the call would be something the administration would entertain.”

Donald Trump Jr. weighed in on the Putin/Biden drama later on Thursday.

“Putin just challenged Joe Biden to an unscripted live debate,” Don Jr. wrote. The whole world knows that we have no leadership at the top just an empty suit with a teleprompter (and he can’t even get that right).”

“They look at America’s weakness right now and are salivating,” he added. See Below

The whole world knows that we have no leadership at the top just an empty suit with a teleprompter (and he can’t even get that right).

They look at America’s weakness right now and are salivating.