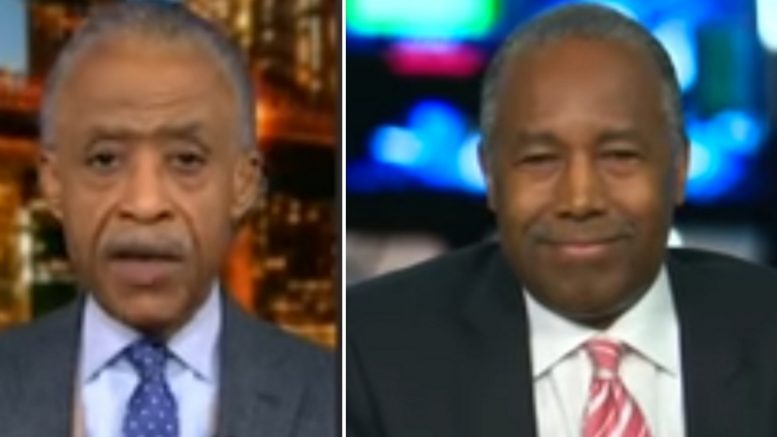 Former HUD Secretary Dr. Ben Carson had some words of wisdom for Rev. Al Sharpton — who recently claimes that “the morale of civil service has plummeted” under Carson’s leadership over the last four years.

Sharpton criticized Dr. Carson while discussing Marcia Fudge officially being sworn in as the Secretary of Housing and Urban Development under the Biden Administration.

Despite Carson’s successes during his tenure, which focused on lifting people out of poverty and reducing regulatory barriers, Sharpton claimed that the former HUD Secretary “weakened fair housing enforcement and other civil rights protections.”

Rev. Sharpton stated as follows during his Sunday commentary on MSNBC:

“Marcia Fudge was sworn in as Secretary of Housing and Urban Development this week. She will now have to lead an agency where the morale among civil service has plummeted under the leadership of Ben Carson, who weakened fair housing enforcement and other civil rights protections during the Trump Administration.”

“It’s almost as if he’s reading off of a script, and they all say the same kinds of things,” Dr. Carson said in response. “They don’t actually look at what was done — at the progress that was made and moving people towards self-sufficiency. That’s what we really should be thinking about. And our definition of success what how many people we got out of those programs of dependency and moved them in the right direction.”

“We just need to sort of get beyond this third grade, ‘Let’s criticize who ever it was’, and let’s let’s build upon what each other does,” he added.

“The American people are not each other’s enemies, and we have to stop allowing ourselves into being manipulated into thinking that,” Dr. Carson urged. Video Below