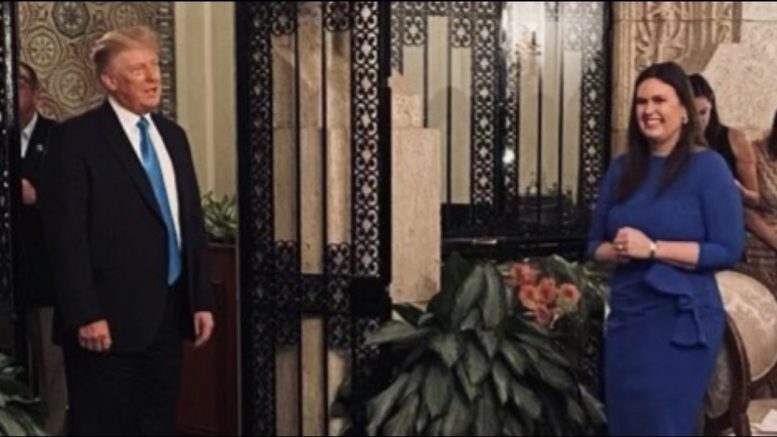 Sanders — who is running for governor of Arkansas — posted a picture on both Facebook and Twitter showing Trump standing close to her near the door entrance at an undisclosed location where the event was held.

The former president is seen sporting a black suit with a blue tie and appears to be in good spirits, while Sanders has a big smile on her face.

“Another great weekend on the campaign trail featuring a surprise appearance at one of my events by President Trump!” Sarah captioned the photo.

No additional details of the event were made available.  See Below

The sighting of Trump at Sanders’ event comes just days after he made another surprise appearance at a dog rescue fundraiser that was being held at his Mar-a-Lago beach resort. The former president hinted during his impromptu speech that his daughter-in-law, Lara Trump, could be running for senator in North Carolina.