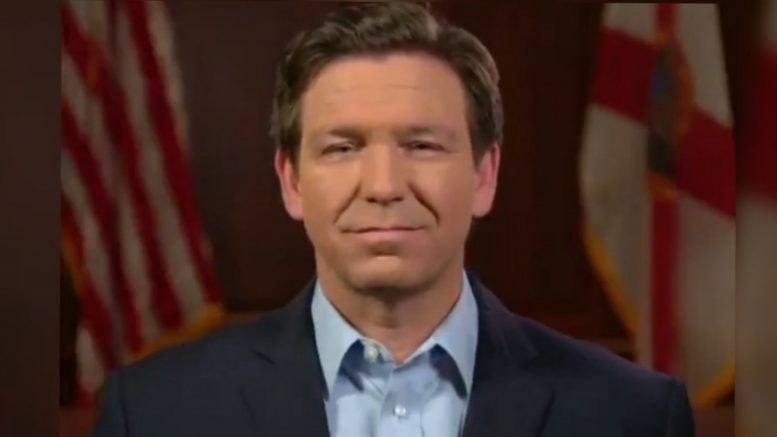 Florida Governor Ron DeSantis thinks the crisis that is unfolding at the southern border was “intentional” and that the Biden Administration is now taking a hit politically because of their “disastrous” shift in immigration policy.

DeSantis gave the assessment while weighing in on Saturday’s airing of Justice With Judge Jeanine.

Related Article: 45th President Trump Blasts The Biden Administration: “Our Country Is Being Destroyed At The Southern Border”

“It obviously is a disastrous change in policy,” DeSantis told Judge Jeanine Pirro when asked what he thought about the Biden Administration’s handling of the southern border. “Donald Trump had, obviously, the wall, which we all supported, but also safe third-party agreements as well as remain in Mexico. And guess what happened? The border was under control. So they’ve gone back on those policies, and they’ve created this crisis.”

“So, it’s a disastrous way to start an administration. I think most of the American people are going to be strongly opposed to this, and hopefully they’ll reverse course,” DeSantis said. Video Below

.@GovRonDeSantis joins “Justice” to discuss how liberal policies across the states are putting Americans in danger and much more. pic.twitter.com/sFmafPp7hi