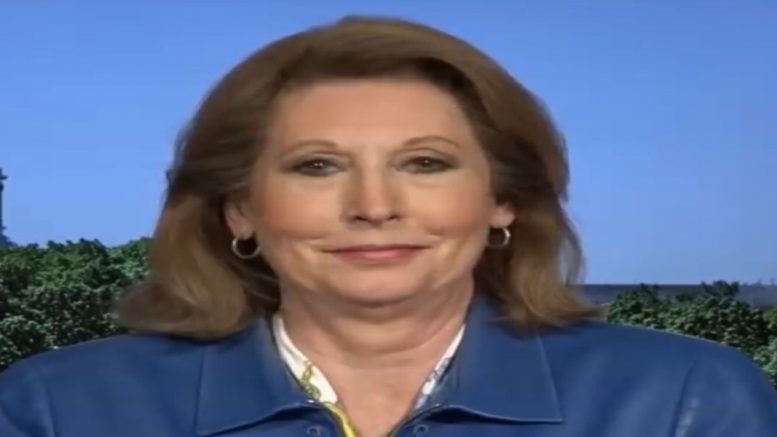 Attorney Sidney Powell gave an update Wednesday on the court cases related to the 2020 November presidential election during an interview on “Defend Florida” with host Caroline Wetherington.

“We filed lawsuits in four states producing substantial evidence of fraud, actually, massive evidence of fraud– hundreds of pages of sworn affidavits from people who witnessed it themselves, video evidence of it happening in front of our eyes, statistical experts and mathematical experts, explaining how it is statistical and mathematically impossibility to have votes spikes of over a hundred thousand for Joe Biden at one time– that it simply cannot happen in the real world,” Powell said.

“All of that evidence has been ignored by the four federal judges that handled those cases, and the district court level, and also by the courts of appeals. Actually, it didn’t even recess through the court of appeals, because we sought emergency relief in the Supreme Court, which as denied all of our cases effective the day before yesterday,” Powell explained.

Asked if there is any other judicial relief in sight, Ms. Powell replied, “We do have some. We are working with attorneys in other areas that do have live cases right now in state courts, in a couple of states. And of course, there’s a massive effort underway in Arizona to audit the votes, and we will be hoping to get some significant information from that.”

“That’s why the county commissioners … have fought so hard against that. But a judge recently in the last few days has ruled that the audit can proceed. And the Georgia legislation has indicated … that they will proceed with that. We are in the process of organizing the right people to honestly proceed with that audit,” she said.

Last month, Maricopa County Superior Court Judge Timothy Thomason ruled that the Arizona Senate can obtain access to 2.1 million ballots and election equipment from Arizona’s most populous county, giving the green light to audit results of the November 2020 election. Judge Thomason’s decision comes after a prolonged conflict between the Republican-controlled state Senate and the GOP-dominated Maricopa County board over subpoenas issued by the Senate, as previously reported by The Freedom Times. Continued Below

“We’re gonna work with the folks in Arizona on the recall efforts. We need to start recall efforts in other states from everything to country commissioners to board of electors. Every person needs to become familiar with the recall requirements in their state. And we need to primary every Senator in the country and every congressman in the country with very, very few, exceptions,” Powell expressed.

Asked how freedom loving American can take back our country, restore our constitutional rights, and elect representatives who will represent our interests and not those of corporate elites, foreign countries, and donors, Ms. Powell said, “We’re actually far more unified. Politicians and the damn media and the social welfare crowd that has been trying to destroy this country. True Americans, the ones I call the engine of America that actually make this country run everyday, are far more unified than anyone wants to believe.”

“That’s why they’ve launched this fascist attack against speaking the truth about the election fraud, even mentioning it. I mean, we just spent how many years listening to all the Russian hoax crap? Having it crammed down our throats by the mainstream media everyday when they all knew it was a bald-faced lie. And then, the obstruction hoax, which I found out in my representation of General Flynn was a bald-faced lie, because the Department of Justice had already declined to do anything with respect to Flynn, and cleared him of anything before [James] Comey even spoke to the president. That’s what the whole obstruction hoax was based on for a year or two,” she stated. Video Below

“There has just been a massive propaganda effort to cram down Americans throats all the false narratives that the Democrats have wanted from us being divided to the requirements to deal with COVID, everything, she said. “It’s all been a big lie.”

Ms. Powell concluded by telling Americans, “We will have a new case coming soon that will be extremely important. … There is information out there; we will collect that information also at DefendingTheRepublic.org… because we want to help people know the truth. We have to identify the problem correctly before we can solve it.”

“More to come. … We must return to paper ballots”, she wrote.