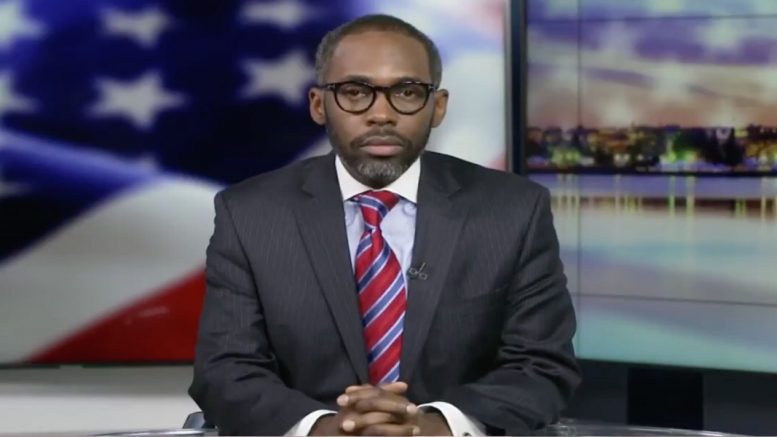 National spokesperson and director of Black Media Affairs, Paris Dennard, gave his analysis over why he believes Democrat “policies are not helping” the “Black community”, but instead, “they are actually hurting Americans”.

“Joe Biden’s team claimed they had the experience and expertise to come into power and change things for the better for Americans,” Dennard said.

“Well, monthly job numbers came out and what did we see from the Black community? The unemployment rate actually increased to 9.9 %. Democrats control the White House, the House, and the Senate. They are in charge,” Paris Dennard explained, reporting the latest employment numbers.

“Their polices are not helping; they’re actually hurting Americans; overbearing COVID restrictions, keeping public schools closed, bad economic proposals like a 15 dollar minimum wage that will force small businesses to close or fire employees, and no 2,000 dollar stimulus checks like they promised– are part of the reason why the New York times said, ‘Black and Hispanic workers, and especially Black and Hispanic women, have born the brunt of job loss and low weight sectors, such as travel and dining’, which can now be among the last to fully reopen”, he said, citing an article from the NYT, written at the end of last year.

“These horrible policy choices by the Democrats have a disproportion impact on the Black community and certainly, are not empowering other groups of Americans who were told that the change for the better was coming. The reality is: the change that we are seeing is not the change we want or need,” Dennard expressed.

“Joe Biden is already leaving American workers behind, and if he has his way with his far-left policies, millions more could see their livelihoods destroyed. That’s the last thing Black America needs as we recover from this global pandemic. What America really needs is to open up our schools, open up our economy, and open up our businesses,” he recommended. Video Below

“Democrats control the White House, the House, and the Senate—so they are in charge. And their policies are not helping. They are actually hurting Americans.”—@PARISDENNARD pic.twitter.com/yRcXNwb7Jf

The Biden Admin pretends there is not a crisis on the Southern border but the facts are clear with the thousands pouring in.

The Biden Admin pretends their policies keeping schools closed isn’t negatively impacting families, children and our economy but the facts are clear.

The American people deserve to hear from the President of the United States directly via a press conference!

Jean-Pierre on Gas Prices: ‘The Work’ We’ve Done is ‘Going to Give Relief–$25 a Month to American Families’