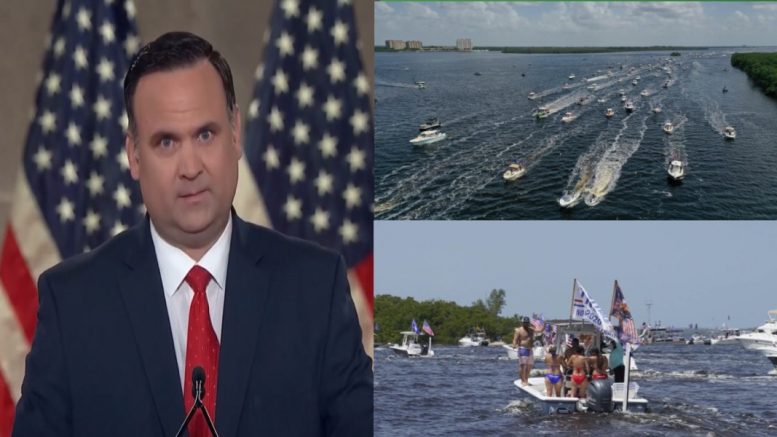 Dan Scavino, former White House deputy chief of staff for communications and director of social media for the 45th President, believes it is time for “Florida” to have a “Trump boat parade” so the former administration can join in on the fun.

Last summer, several Trump boat parades took place all over the shores of Florida, with patriots showing their support for President Donald Trump.

“I think it’s time for FLORIDA to do one of those TRUMP BOAT PARADES — so some of us from the Administration who were always stuck watching from the White House, or the campaign trail, could join y’all out there — and experience a beautiful day with GREAT AMERICAN PATRIOTS out on the water! Just sayin’,” Dan Scavino wrote on Facebook Saturday. 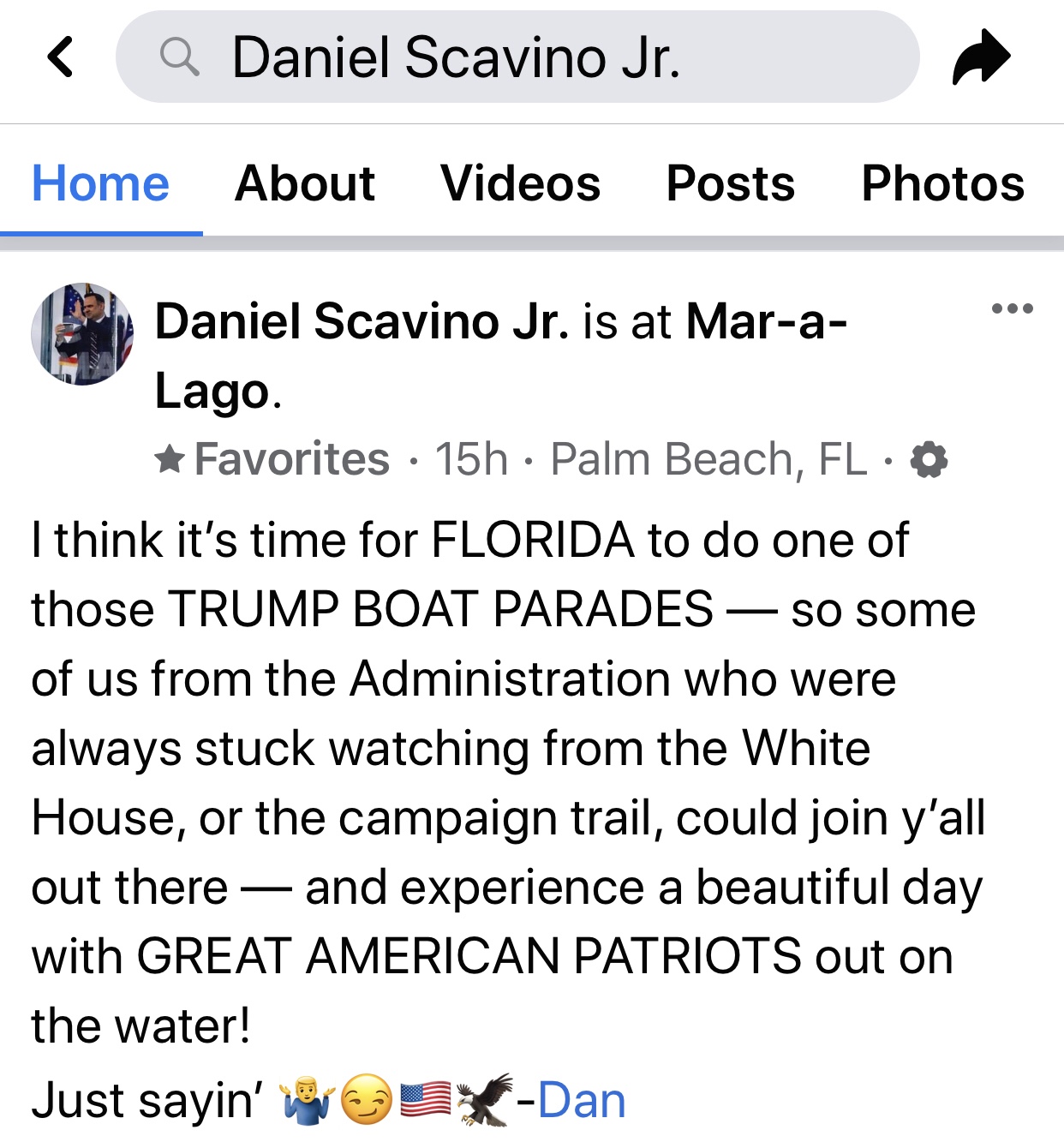 On Sunday, Scavino gave an update, announcing that on May, 31, a “Patriots Parade” will take place: “OH YEA, IT’S HAPPENING — LET’S GOOOO! THANK YOU, PATRIOTS!!” 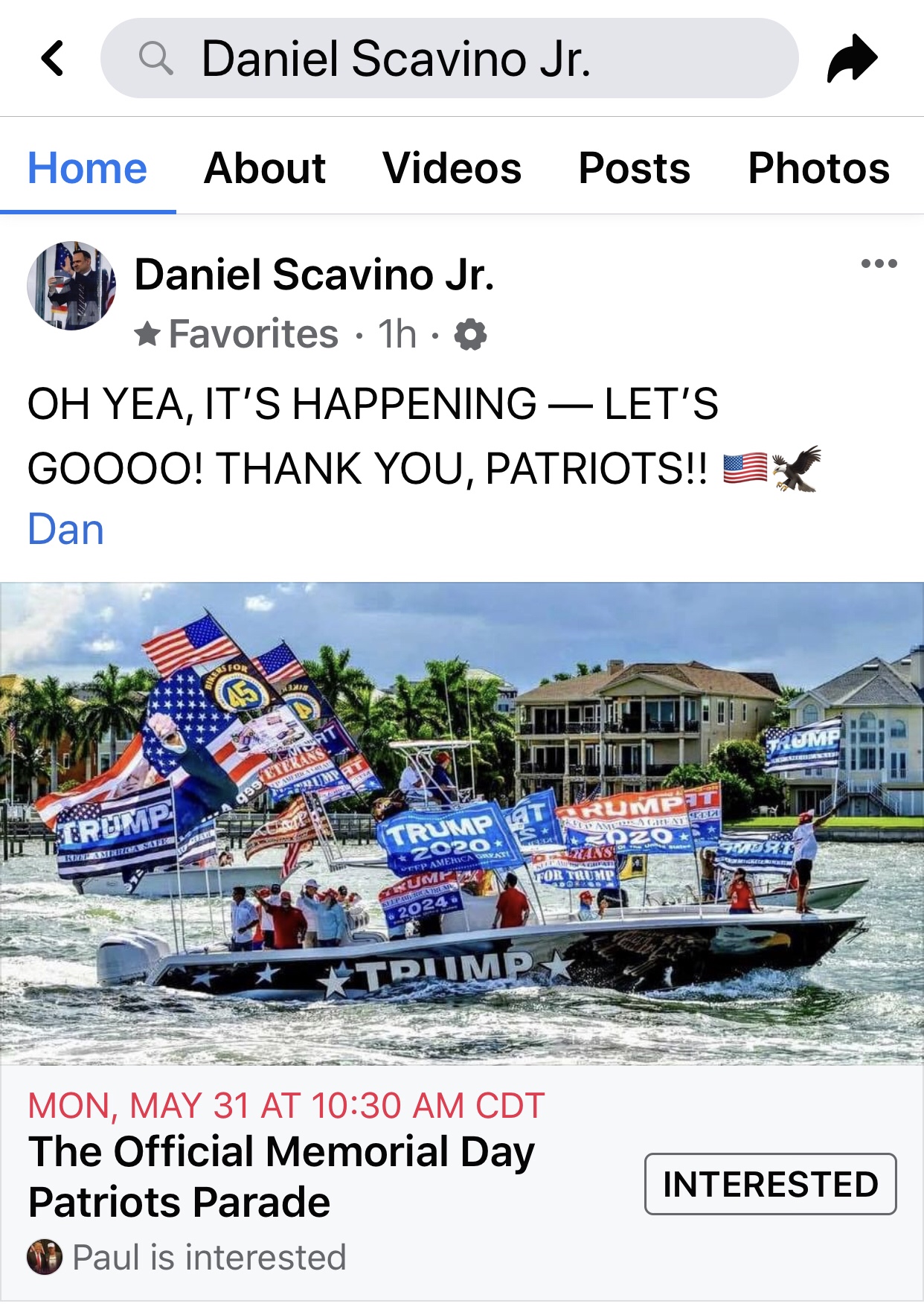 Here is one of the Trump boat parades that took place in Florida last summer: