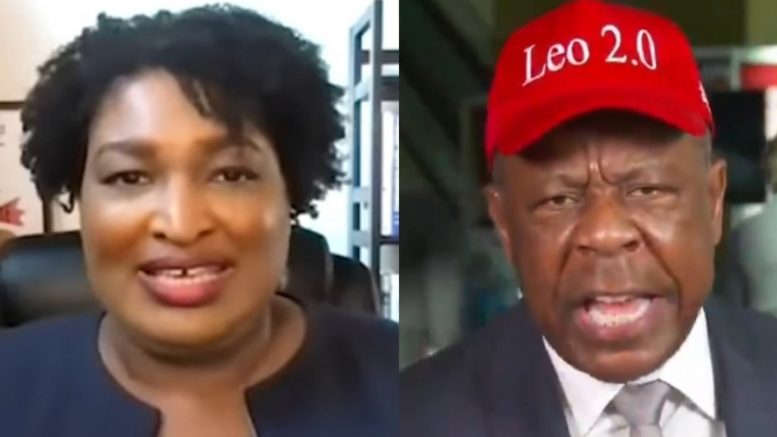 In a recent interview with actress Viola Davis for Variety, Abrams claimed “there is a disease of racism” and “bigotry” that is “embedded in the veins of America.”

In response, Leo Terrell accused Abrams of “lying to America” about systemic racism, which he said does not exist and is nothing more than a “Democratic talking point” used to “intimidate.”

“We are in the most open party — thanks to Donald Trump — where it’s the most diverse party of all time,” he added.

“I’ll challenge Stacey Abrams right now…let’s debate,” Where is the systemic racism at? What department? Who’s this big boogie man? It’s a lie, it’s a lie and it’s a big lie! And I’m sick of it!” Leo exclaimed. Video Below

.@TomiLahren and @TheLeoTerrell join “Justice” to review the most outrageous examples of left-wing rhetoric from this week. Check it out. pic.twitter.com/m3G1RZDKbH