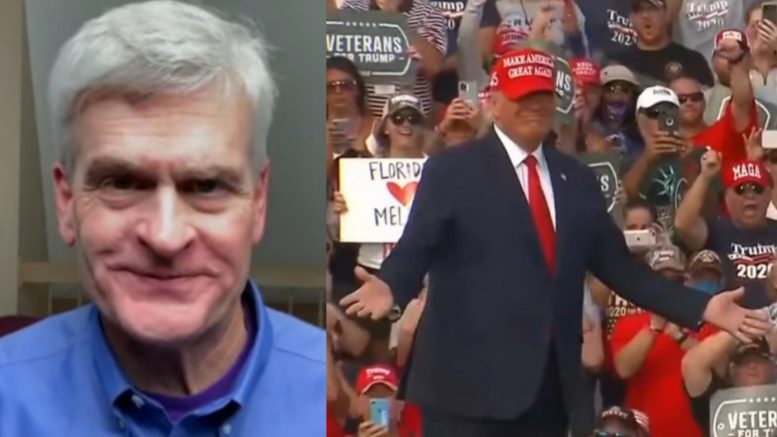 Senator Bill Cassidy (R-LA) does not think former President Donald Trump will be the Republican nomineein the 2024 election because of “many reasons.”

Sen. Cassidy — who was one of only seven GOP senators who voted to impeach the 45th President earlier this month — attempted to shut down the prospects another Trump presidency while appearing on Friday’s airing of Varney & Co.

Related Article: Jason Miller On Whether Trump Will Run In 2024: “The Fire Is There…If The Election Was Next Week, He’d Be Ready To Go”

“Majority Leader McConnell said he would support Trump in 2024 if he were the Republican nominee. You voted to impeach Mr. Trump, so where do you stand on this?” Stuart Varney asked Sen. Cassidy.

“I don’t think President Trump is going to be our nominee,” Sen. Cassidy replied. “You’re asking me a theoretical, and if you will, I kind of reject the premise of it.”

“You can pick many reasons — among them being his age — but I don’t think he’s going to be our presidential nominee, so I don’t think that will be an issue I have to face,” he added. Video Below

Hillary Clinton Announces She’ll Be Teaching Her ‘Skills’ in a MasterClass, Don Jr. Roasts Her: ‘She’s Probably Qualified to Teach One on…’