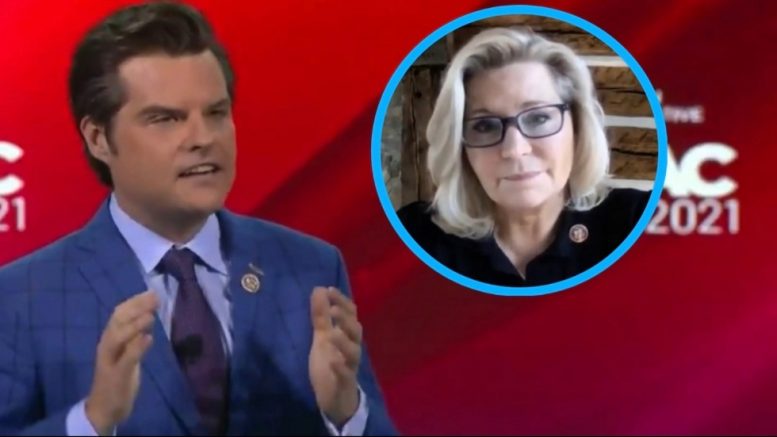 Congressman Matt Gaetz (R-FL) drew cheers from the CPAC crowd on Friday after taking a jab at Rep. Liz Cheney — Chair of the House Republican Conference.

Just this week, Cheney told reporters “I don’t think [Trump] should be playing a role in the future of the party or the country.”

Related Article: Sen. Cruz Electrifies The CPAC Crowd: “They Want Him To Go Away– Donald J. Trump Ain’t Going Anywhere!”
As part of his CPAC speech, Gaetz focused on the need to for a “renewed patriotic” effort in America’s technology sector before putting Rep. Cheney and the “establishment” on full blast.

“Speaking of people who ought to loose primaries…if Liz Cheney were on this stage today, she’d get booed off of it,” he declared. Video Below

.@RepMattGaetz discusses 'the establishment': "if Liz Cheney were on this stage today, she'd get booed off of it." @CPAC https://t.co/VlT7z8drtO pic.twitter.com/z0stKMl3Im