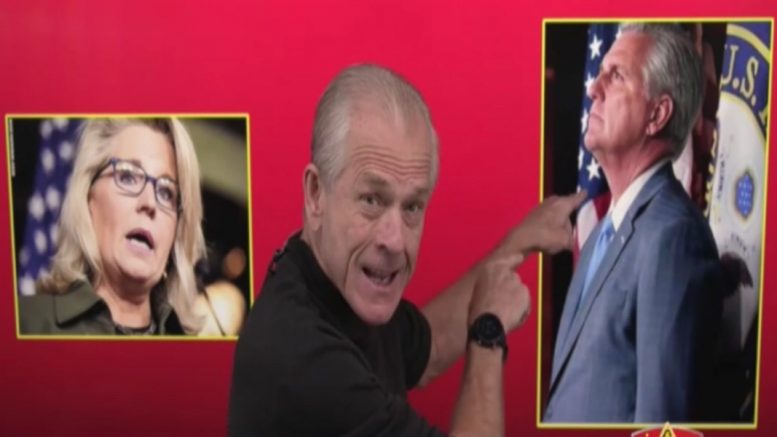 When asked by a reporter whether Trump should speak at CPAC, McCarthy quickly replied, “Yes, he should”, which is scheduled to take place in Orlando, Florida this weekend. It will be the 45th President’s first public political speech since leaving office, as reported by Swamp Drain.

Liz Cheney, however, disagreed with Kevin McCarthy, voicing her position over the former president after she voted to impeach him.

“That’s up to CPAC,” Cheney said. “I’ve been clear about my views about President Trump and the extent to which, following January 6, I don’t think he should be playing a role in the future of party or the country.”

The House minority leader wrapped the press conference by quipping, ”On that high note, thank you very much.”

Cheney’s earlier rebuke of Trump has led to pushback from some Republicans in the Party, with a group of conservatives unsuccessfully attempting to oust her from her leadership position earlier this month. Her critics argue that her views don’t represent the majority of the party. Continued Below

“This guy (McCarthy) gave [Cheney] a reproveth, and he should be held accountable,” Navarro recommended. “All she wants to do is put a stake in the heart of Donald J. Trump’s presidency— candidacy in 2024. She’s gonna keep talking that smack.”

“Let’s never forget [McCarthy], when he had her in his sights, he blinked. He’s responsible; he’s gotta go. Kevin McCarthy has to go. He no longer has the confidence of the MAGA portion of the Republican Party. He should not be welcome at Mar-a-Lago. And [Cheney] has got to go. … She will not be in office after 2022. You heard it here first,” Navarro said. Video Below