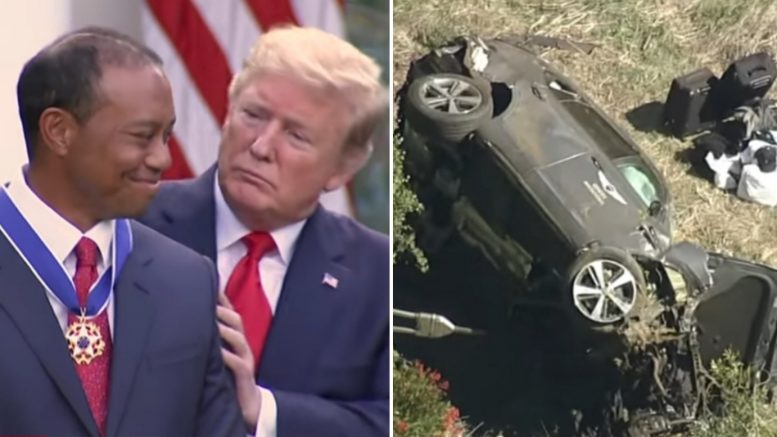 According to CNN, “Tiger Woods suffered serious, but not life-threatening injuries to both his legs after a single-vehicle rollover crash Tuesday morning near Los Angeles.” Mr. Woods was conscious when emergency personnel rescued him before taking him to a nearby hospital where he immediately underwent surgery.

Trump — who presented Tiger with the Medal of Freedom in 2019 — voiced concern about Woods’ future following the car accident, given that he was close to returning to golf after back-related issues.

“He won the Masters, and he won the Masters with a bad back, which tells you the level of talent is incredible. And he’s been working on that and he has this happen. It’s just tragic,” Trump told Fox News host Katie Pavlich.

After reflecting on Tiger’s career and many of his strong qualities, Trump declared Woods will “be back.”

Rep. Zeldin To Speaker Pelosi: “This Is The Worst Time To Bury Your Head In The $23,000 Freezer”