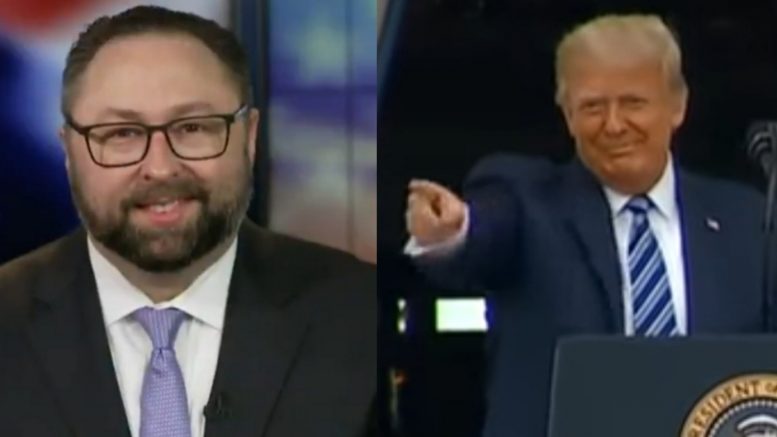 “The fire is there,” Jason Miller said in response to whether or not Donald Trump will run in 2024.

Miller — who was a senior advisor for the 45th President’s 2020 campaign — acknowledged that there is still a lot of time before a formal decision will be made, but he is confident that Trump is “ready to go” if he were to compete to overtake the White House.

Related Article: Former Trump Advisor Dick Morris Projects Trump’s Next Move: “He Is Now Going To Pick Up Where He Left Off”

“I think if the election was next week, he would be ready to go and jump back into it,” Miller told Newsmax host Rob Finneran.

He continued, “Of course no formal decision has been made yet, but you can tell he is very much looking at this first month or month and a half of the Biden presidency and he’s very concerned. He’s concerned about what’s happening with amnesty for 11 million illegals, stopping construction of the border wall. You see the absolute disaster of the Biden vaccine rollout and distribution.”

“Whatever Biden was doing in his basement in all of those months, it sure wasn’t getting ready for the job,” Miller declared. Video Below

'TRUMP 2024?': @JasonMillerinDC tells @FinnertyUSA "the fire is there…I think if the election were this week he'd be ready to go, but no formal decision has been made." https://t.co/VlT7z8v2lm pic.twitter.com/41ClQdkkkP