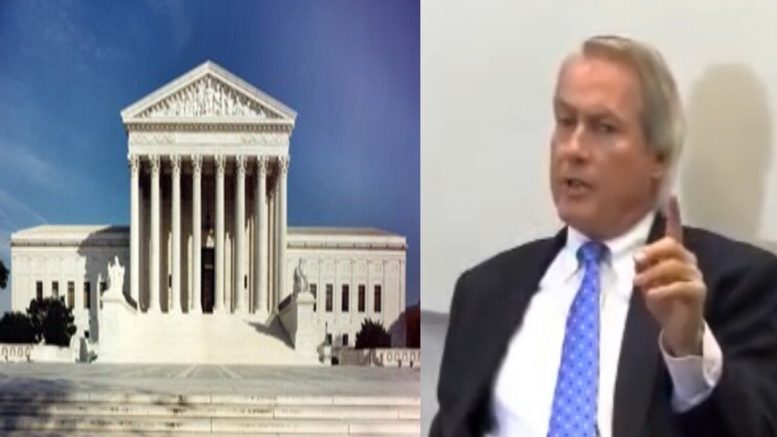 The nations highest court is considering on Friday whether alleged voter fraud cases in Georgia, Pennsylvania, Wisconsin, Arizona, and Michigan can move forward.

The United States Supreme Court is reviewing several cases during a conference and will decide whether they will hear oral arguments. Multiple cases surrounding the November 2020 presidential election are slated to be discussed today and whether they will allow those cases to proceed forward, including attorneys Lin Wood and Sidney Powell’s cases.

Ahead of the Supreme Court’s decision over whether they will allow the cases to move forward, attorney Lin Wood released a statement on Telegram, saying in part, “We are going to learn a great deal about the majority of our Supreme Court justices today whatever the rulings may be.”

“Many are watching and waiting on the U.S. Supreme today. In its conference, the Court will decide whether the cases from GA, Michigan, and Pennsylvania will proceed. If the Court says NO, we will know the majority of the Court is corrupt. The cases are based on established, black letter law. The elections in those states were illegal and unconstitutional. They changed the election rules without approval of the state legislatures,” Wood stated.

“If the Court decides the cases will proceed, we will not know for sure if a majority of the Court is corrupt until final decisions are issued which could take months. Remember the decision in Obamacare? Maybe the Court will allow the cases to proceed and buy time before the corrupt justices are exposed,” he said. Continued Below

“We are going to learn a great deal about the majority of our Supreme Court justices today whatever the rulings may be,” he said.

*Lin Wood gave a current update regarding hearing from SCOTUS:

READ IT: Trump Sends Letter to MI GOP Delegates Calling to ‘Get Behind’ Lawyer Matthew DePerno for MI Attorney General

CO State Rep. Ron Hanks Shreds Biden In An Open Letter: “You Are A Fraudulently Installed Agent Under The Influence Of A Foreign Power”