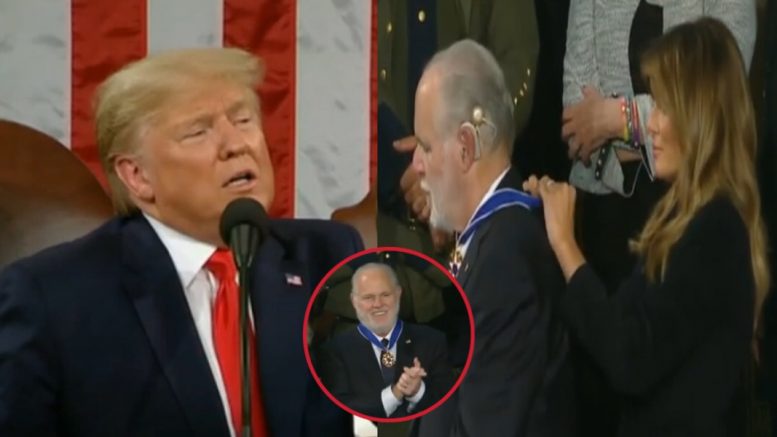 Conservative icon Rush Limbaugh, who single-handedly created the era of national political talk radio and had the most listened to program in U.S. history, died Wednesday of lung cancer a year after announcing his diagnosis with the disease. He was 70, Newsmax reported.

Limbaugh’s wife, Kathryn, made the announcement on his radio show.

Former President Donald Trump responded Wednesday, shortly after the announcement that Rush Limbaugh had passed away from his year-long battle with lung cancer, expressing that the late conservative talk show giant was a “patriot, a defender of Liberty, and someone who believed in all of the greatness our Country stands for”. 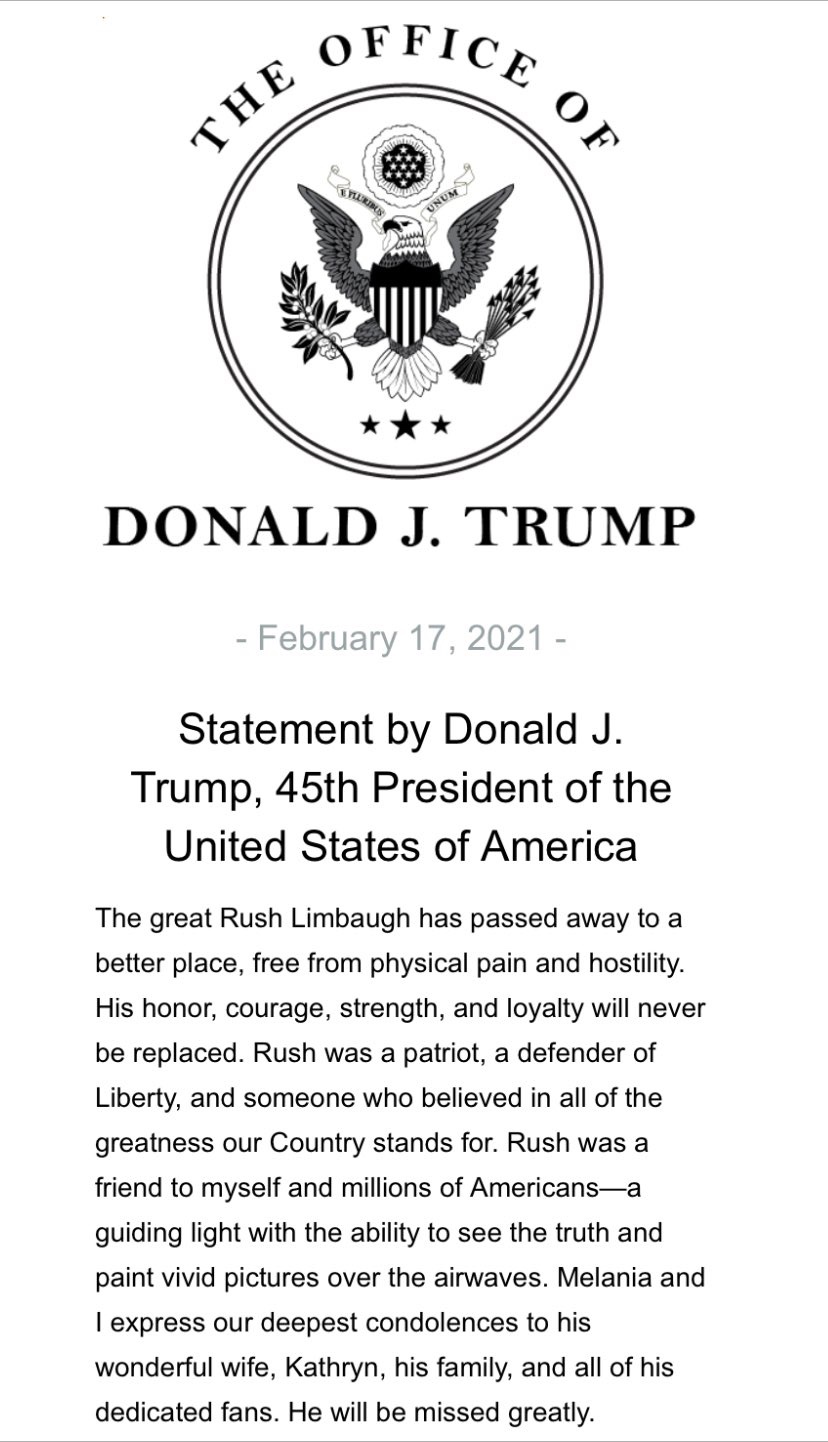 President Trump also spoke to Fox News’ Harris Faulkner and Bill Hemmer on Wednesday, recalling when Rush was presented with the Presidential Medal of Freedom at the 2020 State of the Union Address by the 46th President, in which he thanked Limbaugh for “decades of tireless devotion to our country.”

“He was very brave,” he expressed. “He could have been gone 4 months ago, really. He was fighting until the very end. He was a fighter. He was just a great gentleman.” Continued Below

“Rush was very sick at the time, was in the hospital in Boston,” Trump said. “I wish I could have done the surprise thing. It was a very difficult thing for him to do, to come into Washington. He was just a very brave guy.”

President Trump also said Limbaugh told him that the medal was the “greatest honor of his life.”

Former First Lady Melania Trump expressed on Twitter, “Rush was a fearless American patriot. He made countless contributions to society & leaves behind an unforgettable legacy. Praying for Kathryn & the entire Limbaugh family.” Video Below

Rush was a fearless American patriot. He made countless contributions to society & leaves behind an unforgettable legacy. Praying for Kathryn & the entire Limbaugh family. https://t.co/kVB97ta979