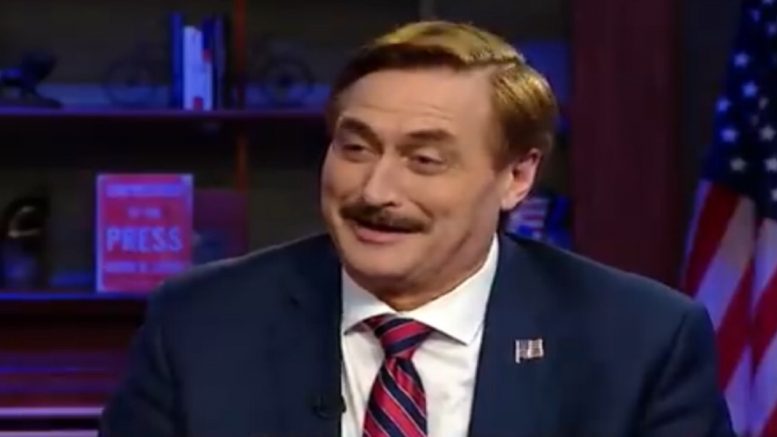 “He has doubled down and tripled down. He has made himself a higher public profile with his documentary,” Tom Clare, an attorney representing Dominion, told The Daily Beast on Tuesday afternoon. Clare confirmed in a brief phone call that Dominion would be filing suit against Lindell “imminently”, reported The Daily Beast

The suit would make Lindell the third pro-Trump figure sued by Dominion after the company filed $1.3 billion suits against attorneys Sidney Powell and Rudy Giuliani.

Last month, Ms. Powell released a statement on Twitter after Dominion Voting Systems filed a defamation lawsuit against her, writing, “Dominion’s suit against me and DefendingTheRepublic.org is baseless & filed to harass, intimidate, and to drain our resources as we seek the truth of Dominion Voting Systems’ role in this fraudulent election. We will not be cowed in exercising our 1st Amendment rights or seeking truth.”

Mr. Giuliani also issued a statement in response last month, saying, “Dominion’s defamation lawsuit for $1.3B will allow me to investigate their history, finances, and practices fully and completely. The amount being asked for is, quite obviously, intended to frighten people of faint heart. It is another act of intimidation by the hate-filled left-wing to wipe out and censor the exercise of free speech, as well as the ability of lawyers to defend their clients vigorously. As such, we will investigate a countersuit against them for violating these Constitutional rights.”

A cease and desist letter from Dominion, that was written on December 23rd, warned Lindell that “litigation” is “imminent” if he does not stop his role in “the ongoing misinformation campaign.” Lindell, however, urged the voting machine company: “Please sue me.” Continued Below

As reported by The Daily Beast:

When reached for comment on Tuesday, Lindell was, characteristically, defiant. “That would so make my day because then they would have to go into discovery, and that would make my job a lot easier,” he said in a phone interview. “It’ll be faster for me to get to the evidence, and to show the people in the public record the evidence we have about these machines… I will not stop until every single person on the planet knows, whether you’re a Democrat or a Republican, what these machines did to us.”

”These machines need to be removed, and [these people] brought to justice for what they did to our country in these attacks,” he continued. “If they sue me, I would be so happy.” Continued Below

Mike Lindell, this month, released “Absolute Proof”, a two-hour documentary broadcast which can be viewed on his website over alleged election fraud, describing what took place during the November 2020 election.

On Tuesday afternoon, Lindell added that he still doesn’t believe Dominion will, ultimately, actually go through with litigation, and said he hasn’t been formally served with the lawsuit yet. “I’ve lost 22 retailers already. I am concerned about my employees, but I won’t have a company or a country anyway, if we back down and let this happen again,” the MyPillow CEO insisted.

Lindell also said that “today or tomorrow morning” he would release yet another video. “It’s a hundred-percent evidence, no experts interviewed whatsoever. Just the hardcore evidence,” he said. “We just want to get it out there and show why we need to get rid of these machines for any future elections in the United States and the world. Both for Dominion and Smartmatic, I don’t pick on just one of them.”

During an interview this month on “War Room Pandemic”, Lindell told host Steve Bannon that he will sue Dominion and Smartmatic for “crimes against our country”.