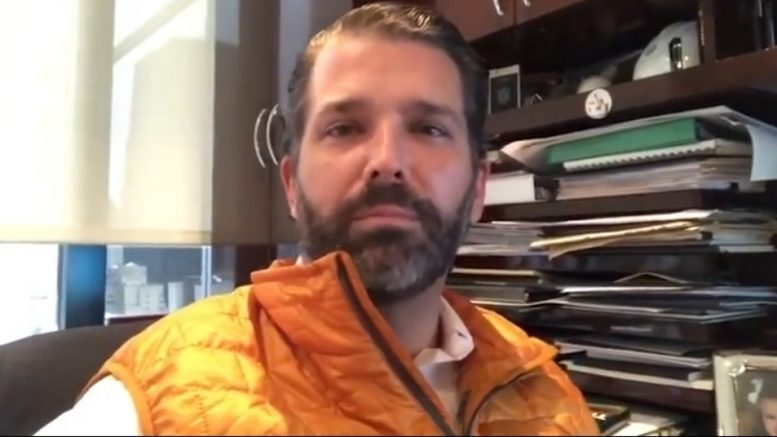 Donald Trump Jr. posted a video montage on Thursday that, according to him, explains the true motive behind why Democrats are so persistent in trying to impeach his father, even after his term as President has ended.

“If you watch til the end, you’ll figure out just why they want to impeach Donald Trump,” Don Jr. said at the beginning of a the video he posted to Telegram.

“Watch the video. I think it will put everything in a whole different light,” Trump Jr. said before rolling the montage.

Kayleigh McEnany: ‘There’s a Sea of Change & You’re Going to See It in 2022 when Republicans Prevail’