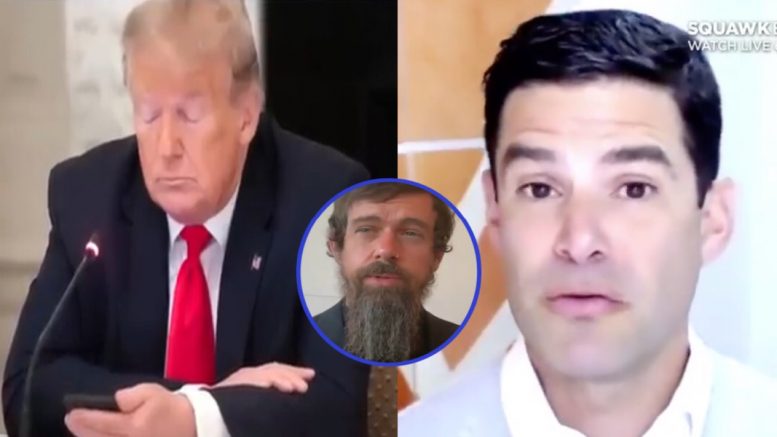 During an interview Wednesday on CNBC’s “Squawk Box”, Twitter’s CFO Ned Segal said that former President Donald Trump would not be allowed back on the social media platform if he ran for office again.

“President Trump was banned … if he came back and ran for office again and was elected president, would you allow him back on the platform? asked co-anchor Becky Quick.

“And so, remember out polices are designed to make sure that people are not inciting violence and if anybody does that, we have to remove them from the service. And our policies don’t allow people to come back,” he claimed.

“So no?” replied Becky Quick.

“He was removed when he was president, and there’d be no difference for anybody who’s a public official once they’ve been removed from the service,” said Segal. Video Below

The 45th President was permanently suspended from Twitter in January, as the platformed claimed it was “due to the risk of further incitement of violence”, as The Freedom Times previously reported.

On January 8, 2021, President Donald J. Trump tweeted: “The 75,000,000 great American Patriots who voted for me, AMERICA FIRST, and MAKE AMERICA GREAT AGAIN, will have a GIANT VOICE long into the future. They will not be disrespected or treated unfairly in any way, shape or form!!!”

Shortly thereafter, the President tweeted: “To all of those who have asked, I will not be going to the Inauguration on January 20th.”