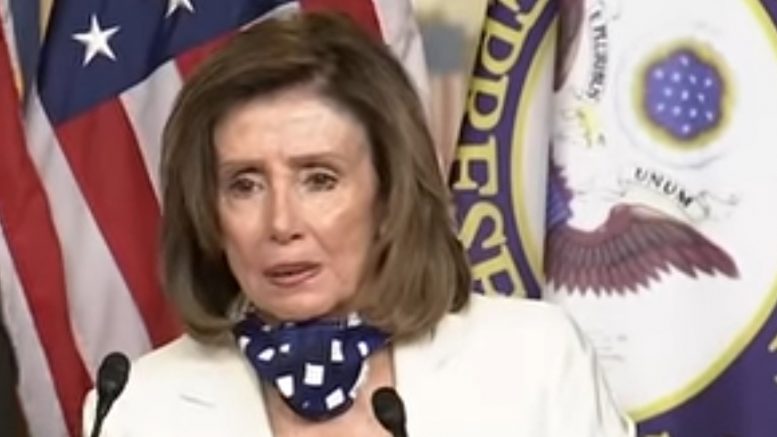 Three members of the House Administration Committee are demanding that House Speaker Nancy Pelosi face a $5,000 fine, alleging she “broke her own rules” on security clearance.

The wording of House Resolution 73 specifically states as follows:

“This resolution authorizes the Sergeant at Arms of the House of Representatives to impose a fine ($5,000 for a first offense and $10,000 for any subsequent offense) against a Member, Delegate, or the Resident Commissioner for failure to complete security screening for entrance to the House chamber.”

The three GOP congressmen cited House Resolution 73 and reminded the Acting Sergeant at Arms their letter that he is required to issue a fine to Pelosi for her negligence.

The House Admin. Committee GOP posted their letter to Twitter and captioned it: “Speaker Pelosi broke her own rules this week by entering the House Chamber without going through security. We are demanding she face the same fines as every other member of Congress.” Full Letter Below 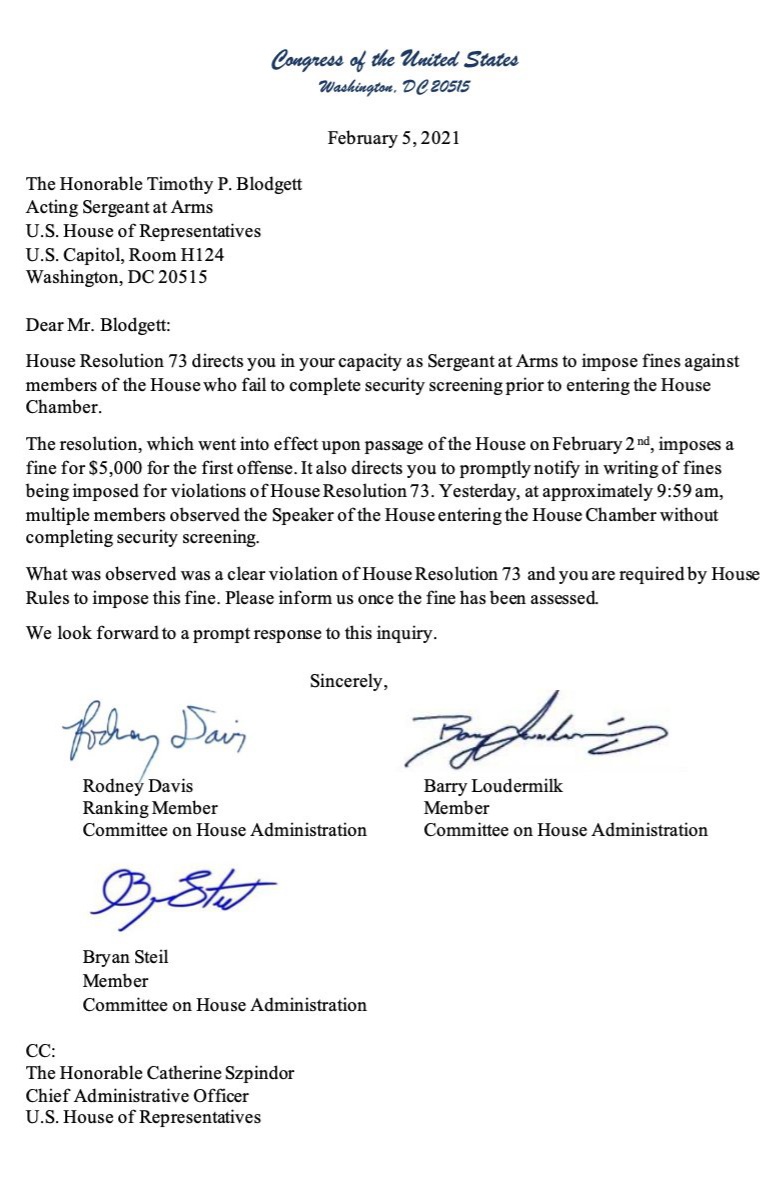 -Went to the salon when the rest of us couldn’t.

-Didn’t wear a mask when the rest of us had to.

-Avoids the medal detectors when the rest of us can’t.