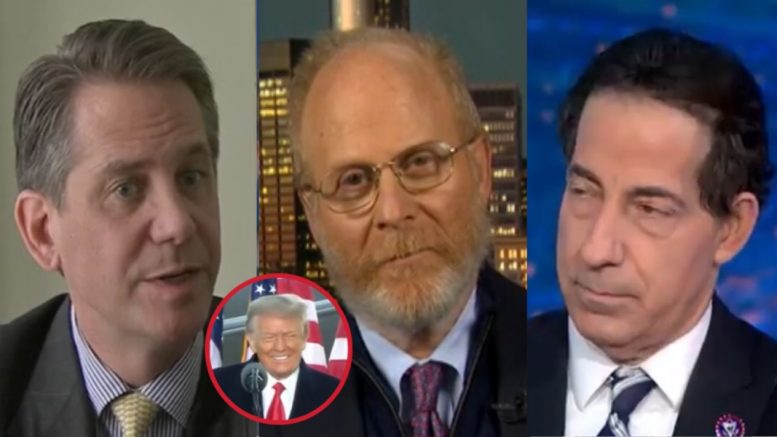 Former President Donald Trump’s legal team fired back at Rep. Jamie Raskin (D-MD) on Thursday, after the lead impeachment manager sent a letter to the 45th president, requesting that he testify “either before or during the Senate impeachment trial.”

Raskin’s letter comes after former President Trump’s legal team filed a brief to the Article of Impeachment, arguing that a Senate trial against him would be unconstitutional.

The 45th President’s legal team responded to Rep. Jamie Raskin’s request for former President Donald Trump to testify as part of the Senate impeachment trial, calling it a “public relations stunt” and saying they “cannot prove” the allegations against him.

“We are in receipt of your latest public relations stunt. As you certainly know, there is no such thing as a negative interference in this unconstitutional proceeding,” Bruce Castor, Jr. and David Schoen wrote.

“Your letter only confirms what is known to everyone: you cannot prove your allegations against the 45th President of the United States, who is now a private citizen,” they said.

“The use of our Constitution to bring a purported impeachment proceeding is much too serious to try to play these games,” Trump’s lawyers stated. Continued Below 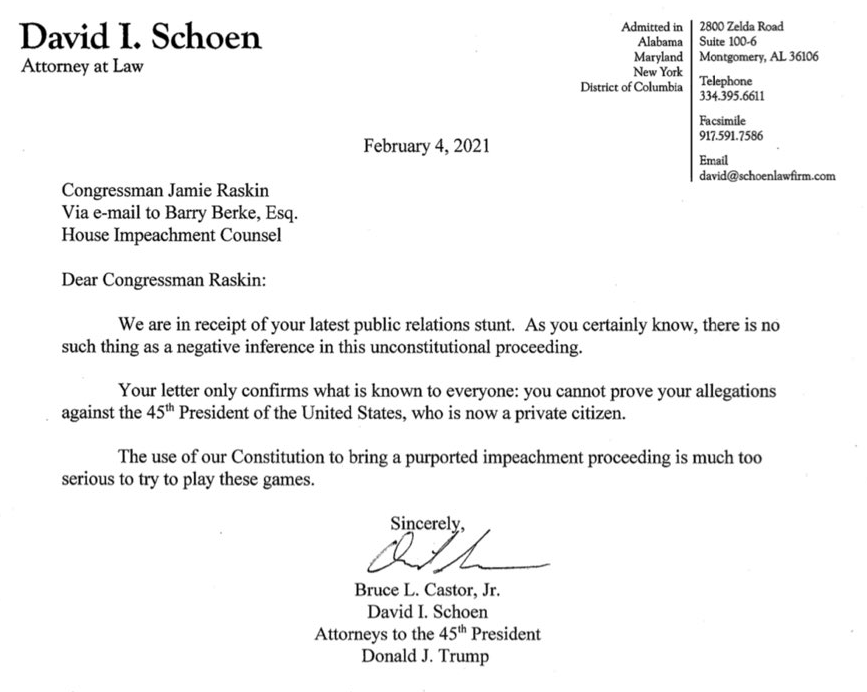 Lead Impeachment Manager Rep. Jamie on Thursday wrote a letter to President Trump, claiming in part that he has “attempted to put critical facts at issue notwithstanding the clear and overwhelming evidence of your constitutional offense.” 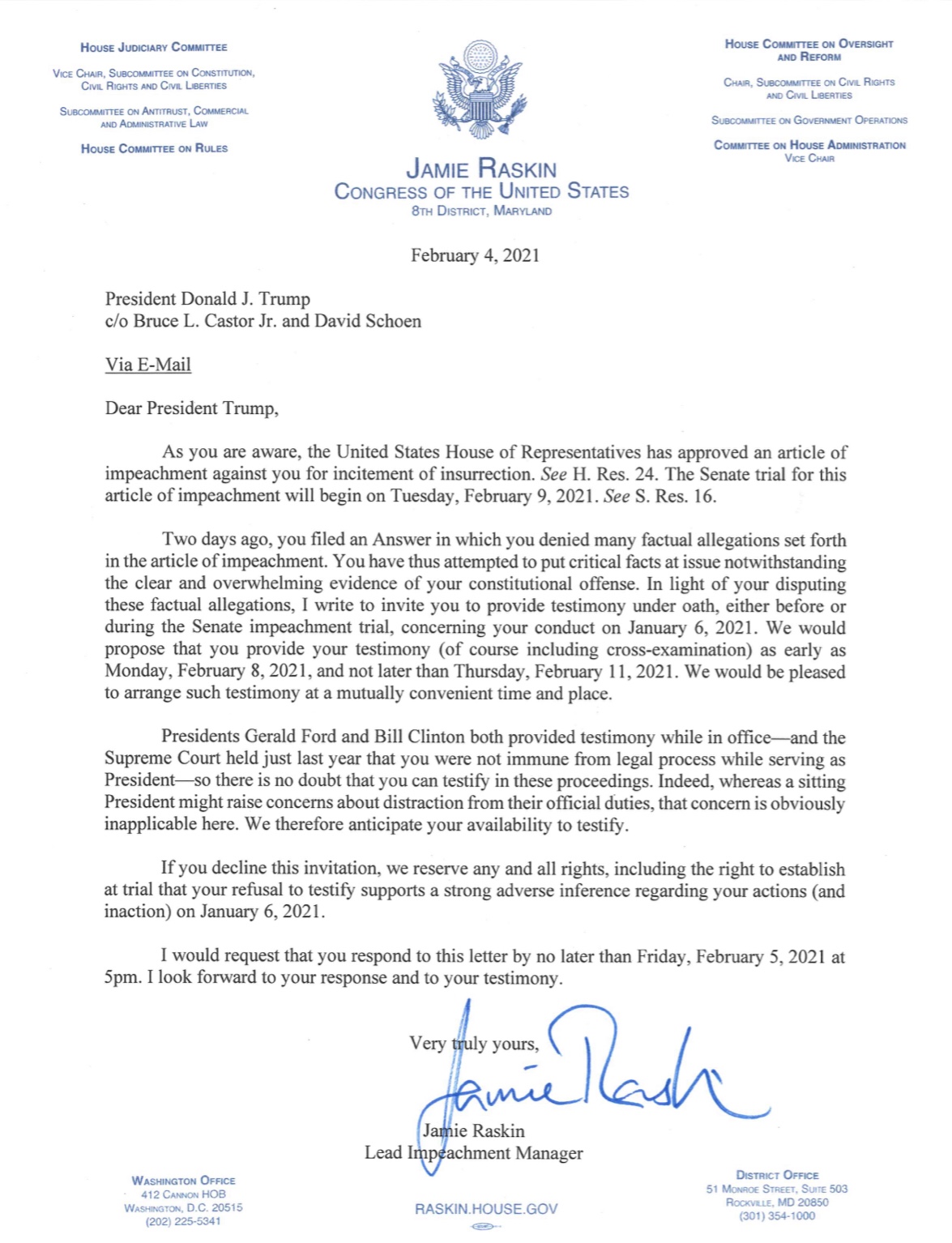 The House voted January 13 to impeach President Trump 232 to 197, with 10 Republicans joining all Democrats. The Senate impeachment trial will begin February 9th.

President Trump’s legal team argued that a Senate trial against him would be unconstitutional.

“Donald John Trump, 45th President of the United States, respectfully requests the Honorable Members of the Senate of the United States dismiss Article I: Incitement of Insurrection against him as moot, and thus in violation of the Constitution, because the Senate lacks jurisdiction to remove from office a man who does not hold office,” the pre-trial brief said in part.