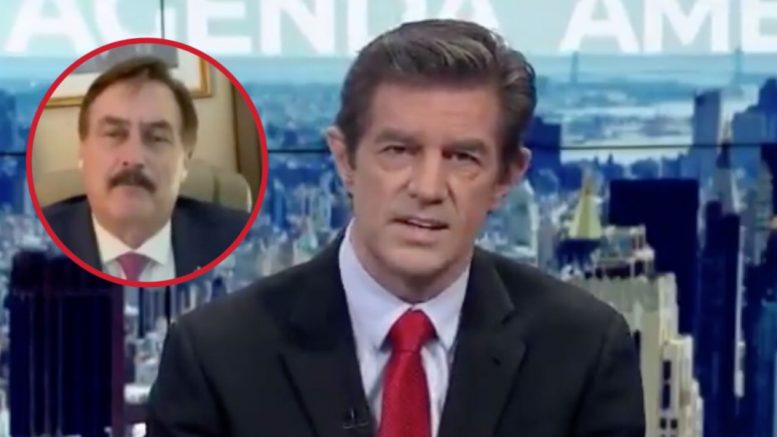 MyPillow CEO Mike Lindell joined Newsmax Tuesday to give his side of the story over why Twitter censored him, however, during the interview, anchor Bob Sellers repeatedly interjected and censored Lindell before he dramatically stormed off the set, as previously reported The Freedom Times.

On Wednesday, however, Sellers addressed his on-air confrontation with Lindell, claiming he was “focused on the current, very pressing issue of free-speech and cancel-culture”, though the Newsmax anchor censored Lindell himself.

“If you watched American Agenda yesterday, you may have seen something out of the ordinary happen during an interview with Mike Lindell, the CEO of MyPillow,” Bob Sellers told viewers.

“Mike is a friend of the network, and we were suppose to discuss Twitter’s decision to ban him and the impacts of cancel-culture on his business. But there was some confusion and Mike thought that we were to talk about vote fraud in the recent election,” said Sellers.

“It’s a topic we’ve covered extensively on Newsmax. I was frustrated that we couldn’t focus on the current, very pressing issue of free-speech and cancel-culture, and in hindsight, there is no question I could have handled the end of the interview differently. At Newsmax, we seek out all points of view,” he stated.

“[Mike Lindell] will continue to be an important guest on Newsmax,” Sellers added, before playing an interview with host Rob Schmidt and Lindell. Video Below

Tuesday’s exchange between Sellers’ and Lindell:

This is pretty shitty from Newsmax.

Giuliani Ties The AZ Audit to Why He Was Targeted: “If Something Goes Wrong There, They’re Gonna Have To Deal With My Big Mouth”