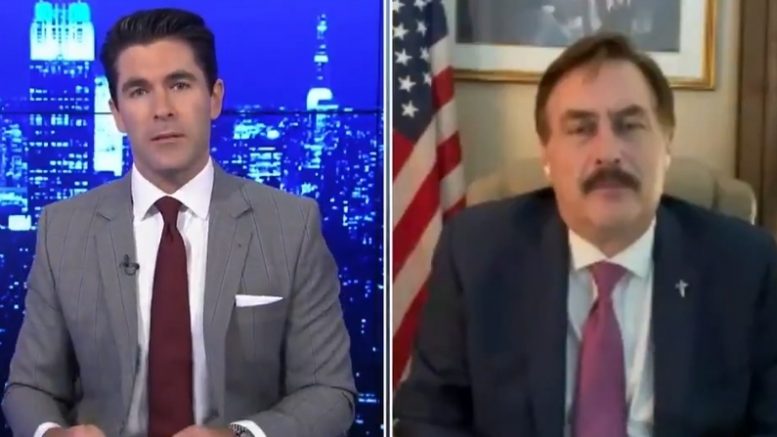 On Tuesday evening, MyPillow CEO Mike Lindell was invited back to interview on Newsmax just hours after a host on the network took bold measures to censor him.

Speaking to Newsmax anchor Bob Sellers earlier on Tuesday to give his side of the story over why Twitter censored him, Lindell was then censored when he claimed to have evidence of election malfeasance from the November presidential election.

Related Article: Newsmax Host Censors Lindell While Asking Why He Is Getting Censored, Dramatically Storms Off The Set

While Sellers was reading from a Newsmax statement, the MyPillow CEO accused the network of having “suppressed” him in the same fashion as Twitter. Sellers tried to divert the conversation to a discussion over “canceling culture.” However, as Lindell attempted to respond, Sellers once again cut him off and asked his producers to end the segment. He then dramatically stormed off the set as Lindell kept talking.

Later on Tuesday, Newsmax host Rob Schmidt invited the MyPillow CEO on his program for another opportunity for an interview without being censored or rudely interrupted.

Lindell proceeded to discuss the generally good relationship that he shares with Newsmax and his direct experience with “cancel culture” before weighing in on President Trump’s impeachment trial that is set to begin next week.

In ending, here is the awkward moment that Lindell was censored earlier on Tuesday:

This is pretty shitty from Newsmax.

David Schoen Signals ‘Backlash’ For Dems Over Impeachment: “Trump Has Gained Momentum From The Win Here”