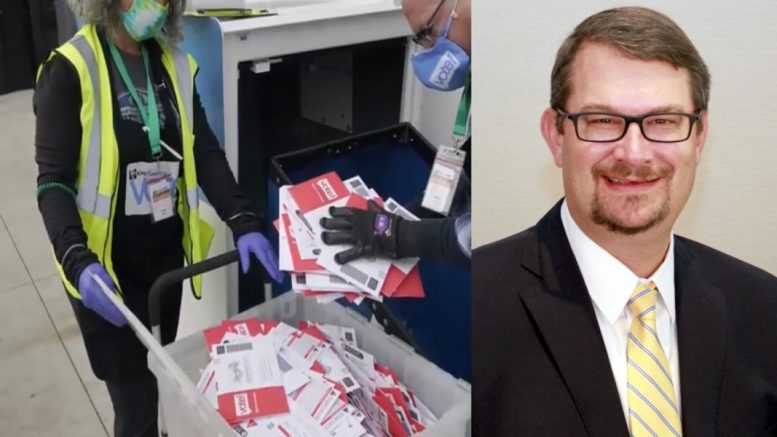 Last August, the Virginia Board of Elections issued a rule that would’ve allowed elections officials to count late mail-in ballots that arrived without a postmark up to three days after the November election. On Monday, a state judge ruled that the board’s decision was illegal, The Blaze reported.

“This is a big win for the Rule of Law,” said Public Interest Legal Foundation President J. Christian Adams, who represented Frederick County electoral board member Thomas Reed in the case. “This consent decree gives Mr. Reed everything he requested — a permanent ban on accepting ballots without postmarks after Election Day and is a loss for the Virginia bureaucrats who said ballots could come in without these protections,” as reported by Washington Examiner.

The Virginia Board of Elections issued its election guidance to county boards on Aug. 4, 2020, notifying them that any ballots “received by the general registrar’s office by noon on the third day after the election … but does not have a postmark, or the postmark is missing or illegible” were not to be rendered invalid. But a week later, the elections board decided that such ballots should be counted, per The Blaze.

The PILF filed a lawsuit against the board of elections in October on behalf of Reed, who said that he could not enforce the new rules because they were a violation of state law. Continued Below

Virginia law states that “any absentee ballot returned to the general registrar after the closing of the polls on election day but before noon on the third day after the election and postmarked on or before the date of the election shall be counted.”

The PILF argued that the language of the law clearly mandates a postmark, making the new rule unlawful.

The court agreed with Reed’s argument, granting a preliminary injunction that prevented the state from accepting or counting ballots without a postmark. The latest ruling reinforces the earlier injunction, assuring that Virginia will not be able to make similar changes to future elections in the state without adequate changes in current law, Washington Examiner reported.

The court ruling will affect the upcoming November 2021 Virginia gubernatorial and house of delegates elections, per Daily Caller.