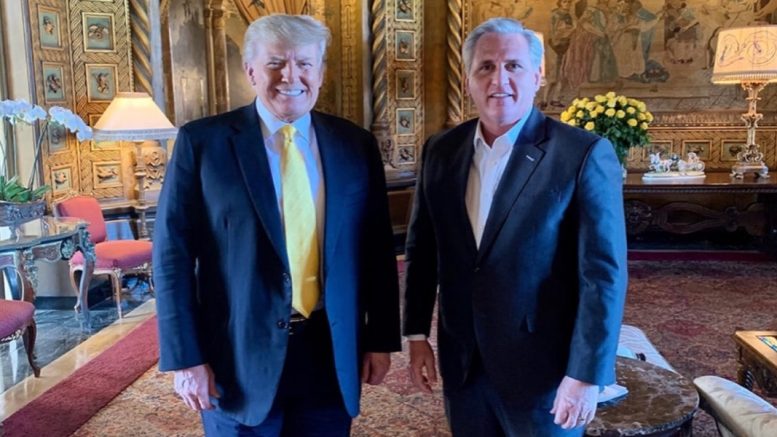 Save America, the 45th president’s leadership PAC, said the meeting at Mar-a-Lago was “very good and cordial” and touched on “many topics, number one of which was taking back the House in 2022.”

A readout of the meeting from Save America PAC said: “President Trump’s popularity has never been stronger than it is today, and his endorsement means more than perhaps any endorsement at any time.”

“President Trump has agreed to work with Leader McCarthy on helping with the Republican Party become a majority in the House,” the group said. “They worked very well together in the last election and picked up at least 15 seats when most predicted it would be the opposite. They will do so again, and the work has already started.” 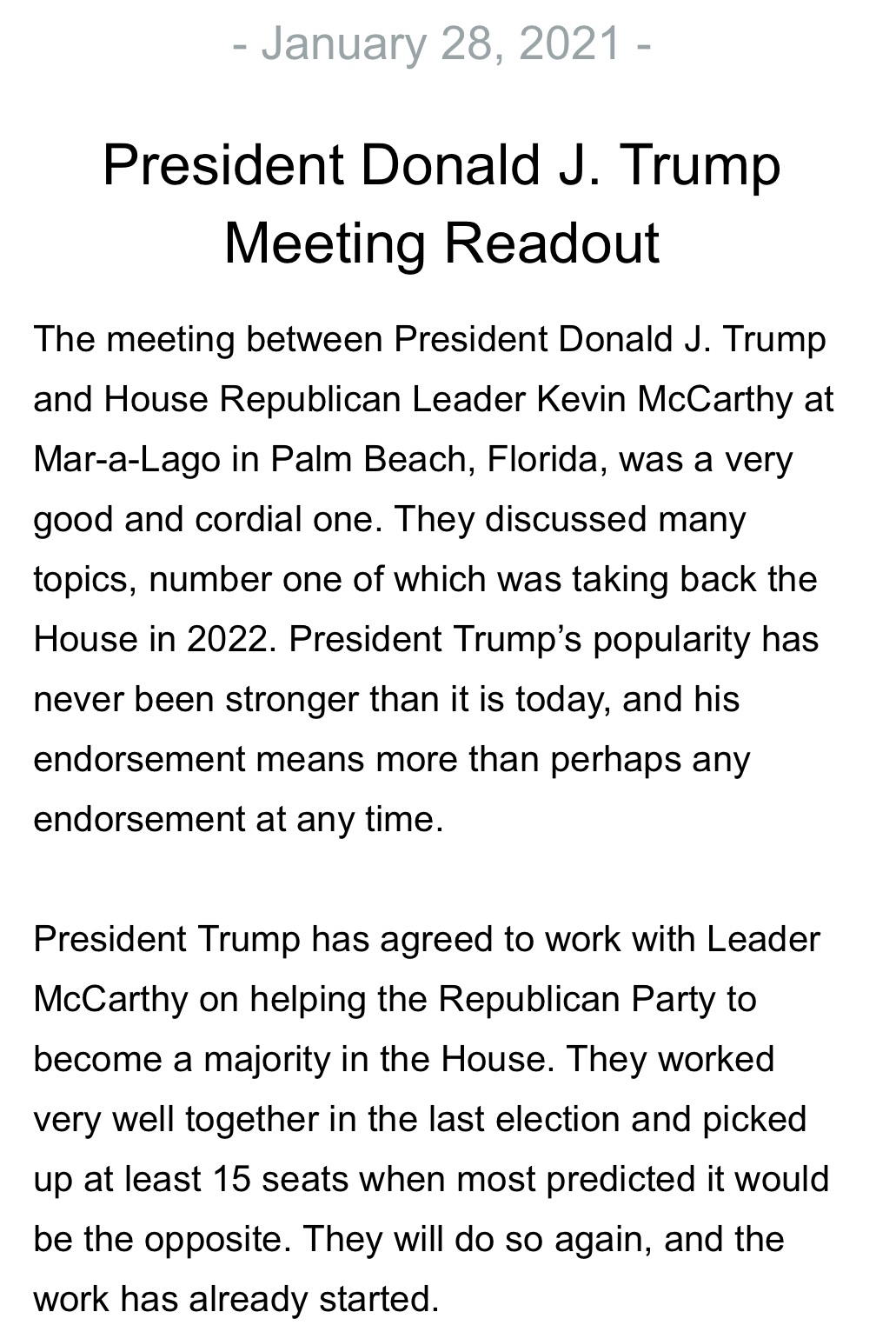 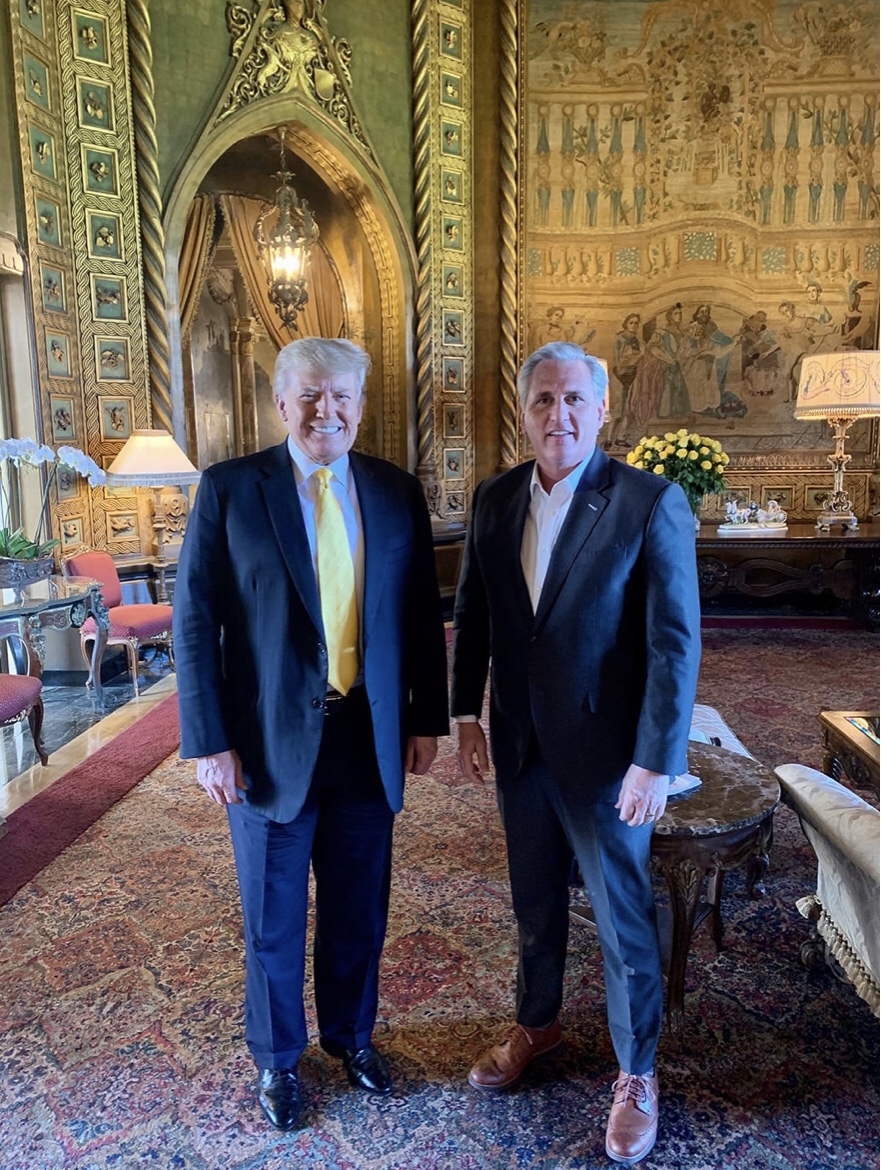 McCarthy tweeted after the meeting: “United and ready to win in ’22”:

United and ready to win in '22. https://t.co/YJWqCdBrCh

Additionally, after the meeting with President Trump, McCarthy issued the following statement Thursday:

House Republicans and the Trump administration achieved historic results for all Americans. We were able to do this because we listened to and understood the concerns of our fellow citizens that had long been ignored. As a result, House Republicans defied the experts and the media by expanding our growing coalition across the country.

Today, President Trump committed to helping elect Republicans in the House and Senate in 2022. A Republican majority will listen to our fellow Americans and solve the challenges facing our nation. Democrats, on the other hand, have only put forward an agenda that divides us — such as impeaching a President who is now a private citizen and destroying blue-collar energy jobs. For the sake of our country, the radical Democrat agenda must be stopped.

A united conservative movement will strengthen the bonds of our citizens and uphold the freedoms our country was founded on.

McCarthy’s meeting with President Trump Thursday signals that Republicans are not ready to cut ties with the popular 45th president.

Rep. Jordan On Biden Admin Considering Paying Millions To Illegal Immigrant Families: “One Of The Many Stupid Policies From This Administration”