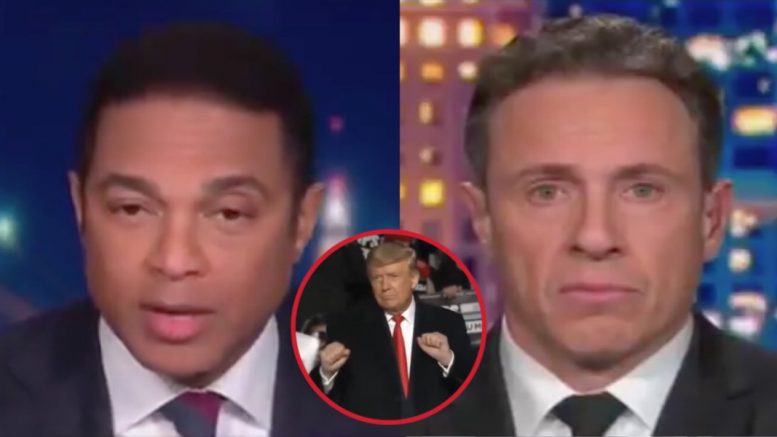 Lemon’s colleague Chris Cuomo, however, said a narrative was forming that Trump voters could argue that “you can’t say that everybody who voted for Trump is like the people who went into the Capitol,” referring to rioters that stormed the Capitol last week.

Chris Cuomo wondered, “And if they say, ‘I don’t agree with those people, I just like Trump’s policies'”?

CNN's @DonLemon: If you voted for Trump, you're with the Klan & the Capitol Hill rioters pic.twitter.com/xDi7zQwt9O

Evidence uncovered so far, including weapons and tactics seen on surveillance video, suggests a level of planning that has led investigators to believe the attack was not just a protest that spiraled out of control, a federal law enforcement official says.”

By Wednesday morning, the FBI reported that it had received more than 126,000 digital tips from the public regarding the attack on the Capitol – more than three times the number of tips received on Monday.

Lemon and Cuomo have also defended the violent, far-left group Antifa, with Lemon at one point saying their thuggish behavior was justified because their mission was “right in the name: Antifa, antifascism, which was what they were fighting,” Fox News noted.