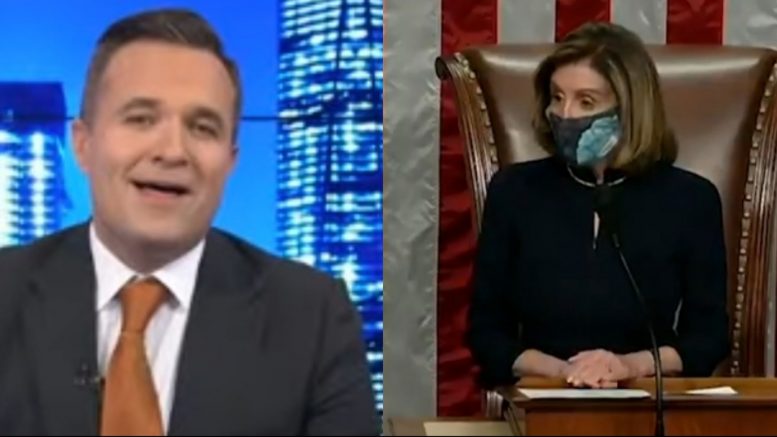 “They have embarrassed themselves once again in Washington, D.C.,” Newsmax host Greg Kelly said in reaction to Democrats pulling of their second impeachment of President Trump that came just days before his term ends.

The House voted 232 to 197 to impeach President Trump for on Wednesday, alleging he incited the riot at the Capitol building last week during a joint session of Congress to validate the 2020 election results.

Related Article: President Trump On Dems’ Latest Impeachment Effort: “Continuation Of The Greatest Witch Hunt In The History Of Politics”

“The last impeachment was phony and a great big hoax. This is even phonier,” Greg Kelly told his audience.

“Just a little while ago, they pulled it off — Nancy did — impeaching the President of the United States when he has just one week left on the job. Talk about presidential harassment.”

“They’re blaming him for the riot last week, saying that he incited the whole thing. Here’s the deal though, there is overwhelming, totally convincing evidence that he did nothing wrong. They choose to ignore it or lie about it,” Kelly said before presenting proof to back up his claim. Full Video Commentary Below