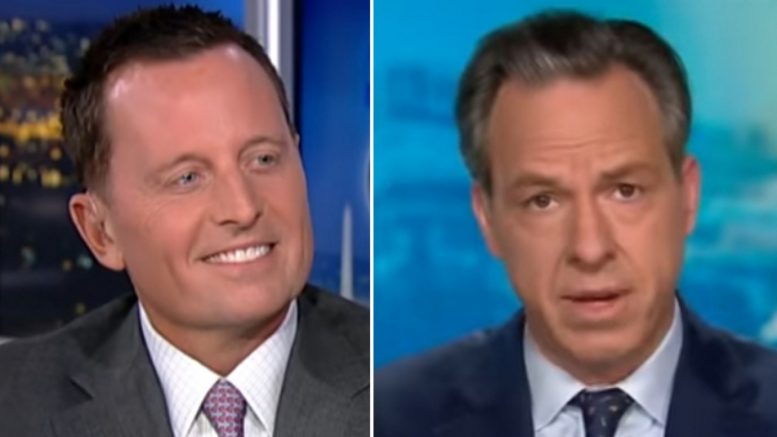 CNN’s Jake Tapper was placed at the butt end of his own joke on Sunday after making a wise crack about several Twitter users who noticed a sudden drop in followers over the weekend.

Following Twitter’s purge of several users who they considered to be a “risk” amid the Capitol riot, prominent conservatives complained of their lower-than-normal audience on the social media platform, which then triggered a sarcastic reaction from Mr. Tapper.

Tapper tweeted, “I would tell you how many followers I have lost but I have no idea how many i had before because I’m an adult.”

Related Article: Jake Tapper Has A Meltdown After Lara Trump Suggests Biden Has Cognitive Decline: “You Don’t Have Any Standing”

Former Acting DNI Ric Grenell seized the opportunity to blast Tapper with one of the CNN host’s very own tweets from the past.

He dug up the following tweet from ten years ago, where Tapper was counting down to his 100,000th follower on Twitter: 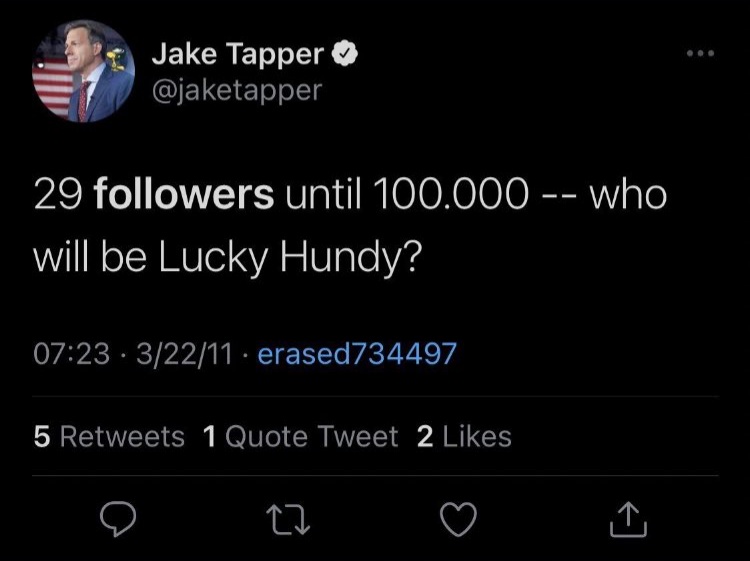 To cap things off, Grenell posted screen shots of Tapper’s 2021 and 2011 tweets side-by-side and captioned them: “By his own calculation, @jaketapper wasn’t an adult when he started reporting.”